Biotech Mergers & Acquisitions Were Red Hot In Maryland This Summer – 2013

It all began just before Memorial day when The Smithers Group announced the merger of Smithers Pharma Services and Avanza Laboratories to form Smithers Avanza.  The merger of the Massachusetts and Maryland companies harnesses their synergies and creates an easy and efficient way for customers to access a broader range of drug development and testing services.  The Gaithersburg facility will remain open, and hopefully see growth as a result of the deal.

On August 19th, Massachusetts based SeraCare Life Sciences announced the acquisition of Gaithersburg based KPL Laboratories, one of the region’s longest standing tenants.  Since both companies have facilities in Giathersburg, the SeraCare site will close and relocate operations to KPL’s location where the combined facility will focus on research and development.  Future growth was announced for their MA headquarters and manufacturing facility, and they don’t expect downsizing in MD.

Then to cap the summer off with a bang, Gaithersburg, MD’s global biologics R&D arm of AstraZeneca, MedImmune, acquires Amplimmune, a Johns Hopkins University spinout. The deal, which could be worth up to $500 million, will strengthen MedImmune’s oncology pipeline with early-stage cancer immunotherapy assets.  At this time it appears that both companies will remain in operation independently for the time being.

In addition to these deals that happened over the past few months, earlier this year in February Viracore – IBT Laboratories acquired Columbia, MD based Cylex in a deal that unfortunately resulted in the closing of Cylex’s Howard County operations.  Then in April, Rockville’s OriGene Technologies acquired SDIX’s Life Science Business Assets in a deal that strengthened their monoclonal antibody business and product offerings.

With more and more companies looking at acquisitions and mergers to enhance their pipelines or create synergies that strengthen their product and service offerings, we’ll see what else might still be in store this year and if this trend continues. 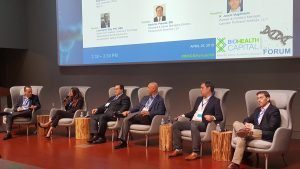 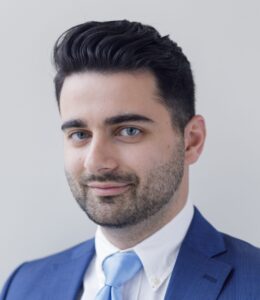