The world of digitals assets (sometimes called crypto, web3, or blockchain-enabled technology) has been a major talking point as the industry has been growing at a parabolic rate. As infrastructure is being built and use cases are being identified, it’s very easy to feel left behind. That’s why building the community is so important.

So, whether you’re an expert, a novice, or simply someone that finds yourself with growing interest in the space, come and join us for some networking and a conversation on Web3 and the implications that it has on our future.

Our 1st meetup included an introduction to digital assets/crypto/web3 and explored applications in health equity and life sciences.

Yusuf Henriques, founder of IndyGeneUS AI, a genomics company creating the world’s largest digital blockchain-encrypted repository of indigenous and diasporic African clinical and genomic data. Earlier this year IndyGeneUS AI acquired the world’s first blockchain-mediated free market for genetic data, EncrypGen.   The market has over 7,000 consumers who benefit from a secured marketplace, where members earn passive revenue from the use of their existing genetic data, in the form of EncrypGen’s proprietary currency ($DNA). 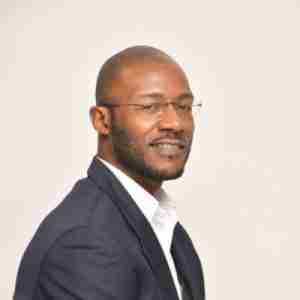 If you missed out, last Wednesday the BioBuzz team kicked off the inaugural meetup for Blockchain in Baltimore with BioBuzz. This is a group our team formed following our time in the University of Maryland Blockchain Accelerator, an 8-week accelerator centered around building a business in this burgeoning and exciting new space. As with everything we do, we wanted to find a way to bring our community along on this journey of learning as we step into a whole new arena of technological advances that are being leveraged in our industry.

IndyGeneUS AI and the Blockchain-Secured Genomic Data Marketplace IndyGeneUS AI, which is harnessing the power of data mining and artificial

BioBuzz Media, the go-to community platform for biotech job seekers and industry professionals looking to access employers and plug into regional biotech communities, today announced its completion of the inaugural University of Maryland Blockchain Accelerator program. BioBuzz and other participating companies pitched to more than 70 attendees, including investors, mentors and industry leaders at Demo Day on May 4, 2022.

BioBuzz Media Awards NFTs to 2021 Annual Award Winners at Baltimore Celebration
Awards recognize regional life science trailblazers in the BioHealth Capital Region
BALTIMORE, MD (May 5, 2022) – BioBuzz Media, a platform for industry professionals and job seekers looking to plug into regional biotech communities, recently celebrated the distinguished winners of the 2021 BioBuzz Awards. The event, which was attended by over 125 industry leaders, executives and professionals, was held at the new City Garage Science & Technology Center in Baltimore’s developing Port Covington neighborhood and was sponsored by Workforce Genetics, Scheer Partners, South Duvall, Weller Development, Fulton Bank, and Steer, LLC. The BioTechnical Institute (BTI) of Maryland was also a nonprofit workforce development partner.
The BioBuzz Awards were started in 2020 to celebrate the exciting and groundbreaking work being done by the BioHealth Capital Region (BHCR) life science community and the individuals that make innovation happen across the region.
Finalists are selected based on solicited nominations, with the community voting to determine the winners. This year there were over 4,500 votes total, more than double the number of votes from the awards’ inaugural year. Awards are distributed to winners as digital art non-fungible tokens (NFTs).
“By issuing the…

This 1st meetup will be an introduction to digital assets/crypto/web3 and exploring applications in health equity and life science. The

As of this week, there’s been heavy reporting that the Biden Administration has prepared new guidance on digital assets that could be released at any moment. Most of these reports suggest that the guidance will be centered around directing government agencies to study the potential benefits of Central Bank Digital Currencies (CBDCs), or tokenized versions of the US Dollar ($USD). These CBDCs have the capability to be minted on-demand and are programmable based on monetary policy set by the Federal Reserve and other entities. There’s other uses when paired with other digital assets that have the potential to improve and modernize the global financial system.