These Five Capital Region Biotechs Are The Fastest Growing in America

In its 24th year, the Deloitte Technology Fast 500 is the premier technology awards program in North America.  The program celebrates the innovation, entrepreneurship and rapid growth that these cutting-edge companies all embody.  This year’s Fast 500 winners were selected based on percentage fiscal year revenue growth during the period from 2014 to 2017 across a number of sectors, including Biotechnology/Pharmaceutical and Medical Devices. Five of these fast-growing companies call the Biohealth Capital Region home.

57 of the 500 Companies (11%) were in the Biotechnology/Pharmaceutical category.  Leading the pack, and ranked fifth (5th) overall, was Arrowhead Pharmaceuticals out of Pasadena, California who had an astounding 17,847% growth. The Biohealth Capital Region companies didn’t quite match that growth intensity but were still among the fraternity of growth leaders that reflects the truly impressive success they have achieved.

Recognition on this elite list typically also equates to job growth. So which states are seeing the bulk of the job growth from these expanding companies?  As many biotech industry insiders might expect, California topped the list with fourteen(14) companies, followed by Massachusetts with ten(10), and NJ with seven(7).  Maryland and NY each had four(4) companies listed, Texas had three(3), Florida had two(2) and Washington, DC, DE, MN, KS, and WI also made the list with one company.

California had a total of 122 Fast 500 companies overall, vastly surpassing every other state on the list.  If you look at the clusters, however, the Capital Region came in at an impressive number four with 31 companies being recognized.  Silicon Valley/Bay Area lead with 90, followed by the Tri-state area with 71 and New England with 35.

MacroGenics is a clinical-stage biopharmaceutical in Rockville with a proprietary suite of next-generation antibody-based technology platforms. The company is focused on discovering and developing innovative monoclonal antibody-based therapeutics for the treatment of cancer and has several strategic collaborations with global pharmaceutical and biotechnology companies.  They completed a capital project this year to expand their Manufacturing capabilities and are poised to continue to grow beyond their approximate 350+ employees.

Vanda Pharmaceuticals is a DC-based, global biopharmaceutical company focused on the development and commercialization of innovative therapies to address high unmet medical needs and improve the lives of patients.  They have two products on the market for psychosis and sleep-wake disorders.  Their current clinical pipeline includes candidates for Oncology, Dermatology and Gastroenterology.  This September Vanda was added to the S&P 600 index.

Supernus Pharmaceuticals, also in Rockville, is a specialty pharmaceutical company focused on developing and commercializing products for the treatment of central nervous system (CNS) disorders. In 2013 Supernus launched two novel neurology products for the treatment of epilepsy and is currently progressing a clinical pipeline of candidates for attention-deficit hyperactivity disorder (ADHD) and its coexisting disorders, and depression.

Earlier this year the company announced they would expand to a new HQ in Gaithersburg, MD and double their size by adding 160 jobs in the next five years.  Most recently, this September they also announced a deal worth up to $185 million to acquire Miami-based Biscayne Neurotherapeutics for their epilepsy product that was just given Orphan Drug designation.

Paragon BioServices is a CDMO that provides full process, analytical development, and cGMP clinical manufacturing services with facilities in Baltimore and now in Anne Arundel County where they just opened a state-of-the-art 151,00 sf GMP gene therapy biomanufacturing facility. The company has received numerous recognitions over the past few years for their growth and employee-centered culture, including the BBJ’s Fast 50 and the RMI Champion of Manufacturing award. With 300 people across both facilities and plans for 100+ more, Paragon BioServices is one of Maryland’s largest and most exciting Biotech companies.

Collectively, these five biotech companies represent approximately 1,200 existing jobs for the region, and they are all growing.  With the growth that the Biohealth Capital Region has seen in venture capital and investment in the past few years, many more companies may be joining this prestigious list in the near future. 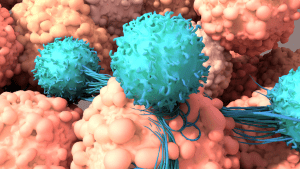 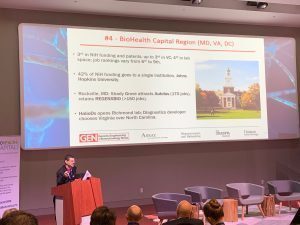 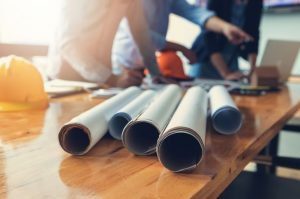