SHANGHAI and GAITHERSBURG, Md., Jan. 28, 2022 /PRNewswire/ — I-Mab (the “Company”) (Nasdaq: IMAB), a clinical-stage biopharmaceutical company committed to the discovery, development, and commercialization of novel biologics, announced the signing of a partnership agreement with the Hangzhou Qiantang New Area in China to manufacture its innovative drugs locally and accelerate its transition to commercialization. This strategic partnership will accelerate I-Mab’s commercialization strategy with an execution plan and timeline to commercialize its innovative assets, including felzartamab (TJ202/MOR202), and meet unmet medical needs for patients in China.

“Today’s announcement demonstrates the Company’s commitment to translating our scientific innovation into clinical and commercial value as soon as possible so that we can provide more high-quality, affordable options for patients through locally-manufactured, innovative drugs,” said Yifei Zhu, Chief Commercial Officer, I-Mab. “This brings us one step closer to our new commercial model that integrates manufacturing, distribution and sales.”

I-Mab Hangzhou has commenced pilot operation in phase I facility, which is equipped with process development and analytical laboratories and in parallel the construction of phase II facility with an 80,000-square-meter manufacturing floor space was completed in December 2021. The GMP operations and quality systems will be fully compliant with standards and requirements of China’s National Medical Product Administration (NMPA), the U.S. Food and Drug Administration (FDA), and the European Medicines Agency (EMA). It also lays the foundation for I-Mab to meet IND (investigational new drug) supply and future commercial demand.

The first planned I-Mab’s innovative assets to be locally manufactured at I-Mab Hangzhou is felzartamab (TJ202/MOR202), a differentiated antibody drug. I-Mab has completed third line Multiple Myeloma (MM) trial of felzartamab successfully, achieving primary and secondary clinical endpoints which validate the product’s differentiated clinical advantages. In addition, patient enrollment for a randomized, open-label, parallel-controlled phase 3 trial for felzartamab, in combination with lenalidomide, for second-line MM treatment was completed in the second half of 2021. I-Mab owns the exclusive rights for development and commercialization of TJ202/MOR202 in mainland China, Taiwan, Hong Kong and Macao.

Felzartamab (TJ202/MOR202) is an investigational human monoclonal antibody derived from MorphoSys’ HuCAL® antibody technology. The antibody is directed against CD38 on the surface of multiple myeloma cells, which has been characterized as one of the most strongly and uniformly expressed antigens on the surface of malignant plasma cells. According to its suggested mode of action, the antibody recruits cells of the body’s immune system to kill the tumor through antibody-dependent cellular cytotoxicity (ADCC) and antibody-dependent cellular phagocytosis (ADCP). The antibody does not involve complement dependent cytotoxicity, or CDC, an additional immune mechanism involved in tumor cell killing. Scientific research suggests that an anti-CD38 antibody may have therapeutic potential also in other cancers as well as autoimmune diseases. Based on a licensing agreement between MorphoSys and I-Mab signed in November 2017, I-Mab owns the exclusive rights for development and commercialization of TJ202/MOR202 in mainland China, Taiwan, Hong Kong and Macao.

HuCAL® is a registered trademark of MorphoSys AG.

About Multiple Myeloma in China

Multiple myeloma (MM) is the second most common hematologic malignancy in China, accounting for approximately 1 percent of all cancers and 13 percent of all blood malignancies. Being primarily a disease of the elderly, the incidence of MM in China, which was about 1.6 per 100,000 in 2020, is expected to grow exponentially with the country’s aging population.1 The prognosis of patients with relapsed or refractory MM remains poor, with a huge unmet need for expanding the progression-free survival and overall survival of MM patients.

I-Mab (Nasdaq: IMAB) is an innovation-driven global biopharma company focused on the discovery, development and commercialization of novel and highly differentiated biologics for immuno-oncology and autoimmune diseases. The Company’s mission is to bring transformational medicines to patients around the world through innovation. I-Mab’s globally competitive pipeline of more than 20 clinical and preclinical-stage drug candidates is driven by its internal discovery and global partnerships for in-licensing, based on the Company’s Fast-to-Proof-of-Concept and Fast-to-Market development strategies. The Company is progressing from a clinical-stage biotech company into a fully integrated global biopharmaceutical company with cutting-edge R&D capabilities, a world-class GMP manufacturing facility, and commercial capability. I-Mab has established its global footprint in Shanghai (headquarters), Beijing, Hangzhou, Guangzhou, Lishui and Hong Kong in China, and Maryland and San Diego in the United States. For more information, please visit http://ir.i-mabbiopharma.com and follow I-Mab on LinkedIn, Twitter , and WeChat.

This press release contains forward-looking statements within the meaning of the Private Securities Litigation Reform Act of 1995 and other federal securities laws, including statements regarding data from the felzartamab clinical studies, the potential implications of clinical data for patients, and I-Mab’s advancement of, and anticipated clinical development, regulatory milestones, and commercialization of felzartamab. Actual results may differ materially from those indicated in the forward-looking statements as a result of various important factors, including but not limited to I-Mab’s ability to demonstrate the safety and efficacy of its drug candidates; the clinical results for its drug candidates, which may not support further development or NDA/BLA approval; the content and timing of decisions made by the relevant regulatory authorities regarding regulatory approval of I-Mab’s drug candidates; I-Mab’s ability to achieve commercial success for its drug candidates, if approved; I-Mab’s ability to obtain and maintain protection of intellectual property for its technology and drugs; I-Mab’s reliance on third parties to conduct drug development, manufacturing and other services; I-Mab’s limited operating history and I-Mab’s ability to obtain additional funding for operations and to complete the development and commercialization of its drug candidates; and the impact of the COVID-19 pandemic on the Company’s clinical development, commercial and other operations, as well as those risks more fully discussed in the “Risk Factors” section in I-Mab’s most recent annual report on Form 20-F, as well as discussions of potential risks, uncertainties, and other important factors in I-Mab’s subsequent filings with the US Securities and Exchange Commission. All forward-looking statements are based on information currently available to I-Mab, and I-Mab undertakes no obligation to publicly update or revise any forward-looking statements, whether as a result of new information, future events or otherwise, except as may be required by law. 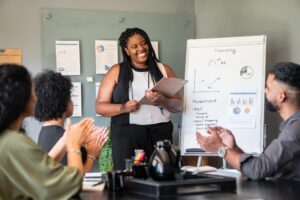 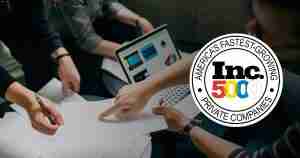