When you hear the term “government research” do the words “entrepreneur”, “start-up”, “commercially relevant” or “industry partner” come to mind?

For many, they would not.  However, if you attended the Second Annual Technology Showcase last week hosted by NCI and the Frederick National Laboratory for Cancer Research (FNLCR) those are the words that came up in each and every presentation.  This event wasn’t your average government research poster session showcasing incredibly interesting, yet commercially irrelevant studies.  This event was all about the commercially relevant technologies being developed at the NCI and FNLCR that have the potential to take to patients, and the success stories of those that already have.

In its sophomore year, the main goal of this event is to encourage startup company formation, technology licensing, and collaborations by showcasing that both their technologies and their culture are ready to attract more commercial collaborators. Even the posters on these NCI technologies were aimed at marketing the technologies for commercialization; some even included information on target market size.

The 2018 event was supported by technology development stakeholders from across the region such as TEDCO, who was also a sponsor, FITCI, Frederick County Office of Economic Development, and included several networking opportunities including a post-event BioBeers. Attendees ranged from local startup companies, entrepreneurs and investors who were interested in getting a more inside look at some of these technologies, to partnership development personnel from larger local companies.

What really stood out from this event was that the NCI and Frederick National Laboratory for Cancer Research (FNLCR) is another incredible asset located in Maryland that has been historically underutilized and undervalued, that is working hard to open its doors and welcome the business community in.  This event was a reflection of the shifting culture from one of “science for the sake of science”, to a more commercially oriented “science for the sake of the patients.” type of mindset.

There were numerous success stories showcased that reflect the true potential of a good collaboration with NCI, MedImmune being the most notable of which. More recent success stories from new startups like miRecule, Inc. and Veralox Therapeutics, LLC provided some tangible, relatable steps to how they built their companies from NCI technologies, and the value that it brought them. Anthony D. Saleh, Ph.D., CEO of miRecule, Inc. shared that they not only received preclinical validation and phase 1 studies free of charge as part of their CRADA (Collaborative Research and Development Agreement) with NCI, but that the CRADA also made lots of additional funding programs available to them; including a $300,000 SBIR grant. “Proof of concept on your own is extremely hard if you don’t have a relationship with NIH or a university.” Saleh shared. “Co-development is very impactful, and having good partnerships to help you along the way is essential to your success.”

Veralox Therapeutics was launched by President and CEO, Jeff Stroval, PhD, around a first-in-class small molecule inhibitor lead compound that had been in development for over ten (10) years at NIH. Stroval licensed the technology through an IIA (Inter-Institutional Agreement), which can often be challenging than a traditional CRADA, but he estimated that more than $10M had been invested in the technology prior to the company acquiring license to it, so the value was clear.  He also referenced “proximity” as an important component to their success. “Being able to easily sit across the table with the scientists is critical to building trust and advancing the tech transfer more quickly,” Stroval proclaimed.

Transitioning from an NIH researcher to a startup isn’t easy reflected both Saleh and Stroval.  Saleh reflected that “Creating new things drew me to science, but it was my experience through the JHU Innovate program and BioHealth Innovation (BHI) that showed me the way.”  Stroval credits his success to the “school of hard knocks”. The researchers at NIH are some of the smartest in the world in their fields who are used to being the smartest in the rooms they walk into, but that isn’t what he feels leads to successful tech transfer.  “The gap between being really smart and being able to run a company is what you need to figure out” Stroval advised. “When you’re running a company, if you are the smartest in the room, it’s time to get to another room.”

So what can NIH and the regional technology development partners do to help produce more success stories like these?  All three companies that were showcased at the event were either started by an NCI Researcher who wanted to commercialize their technology, or by someone who had a strong relationship with one.  So it would seem that the more that the business community and NCI researchers interact the more opportunity for success there will be with this mission. It’s clear that relationships matter in tech transfer and commercialization, so if more companies get to know the “new” NCI culture and discover the unrealized commercial value that an NCI collaboration brings, then I’m sure there will be many more success stories to showcase in years to come. 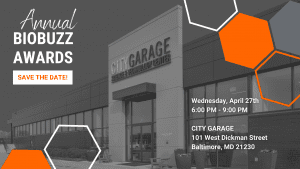 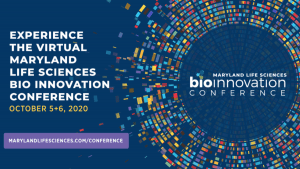 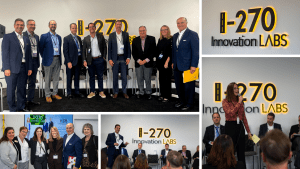