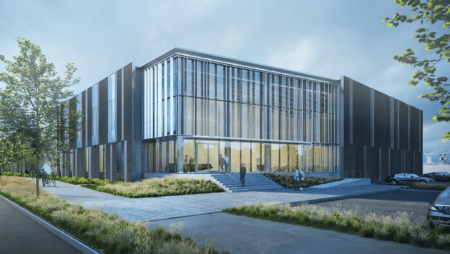 A new, purpose-built facility at 2500 League Island Boulevard in the heart of Philadelphia will bring much-needed world-class manufacturing and R&D space to a burgeoning life sciences ecosystem. The large building, 130,000 ft2 with 30 ft clear height, will accommodate the unique demands of life sciences manufacturing, as will its large floor slabs and abundant roof-top utilities.

The facility was introduced at a recent welcome event hosted by Gattuso Development Partners and JLL, the project’s leasing agent. The theme of the event, the 1966 Oscar-winning science fiction movie Fantastic Voyage, symbolized the contrast between the futuristic scientific progress of CGT and the historic location — the Philadelphia Navy Yard, a manufacturing hub that dates back to the time of the American Revolution.

John Gattuso, President of Gattuso Development Partners, and keynote speaker Dr. Frederick G. Vogt of Iovance Biotherapeutics, provided the audience with insight into the rapidly approaching future of this building and of the CGT space.

Advances in cellular and genetic technologies are happening at breakneck speed, with Philadelphia as a key hub of CGT research and manufacturing. Centered around world-class eds and meds, Philadelphia has generated multiple key advances and has experienced an influx of ideas and capital. Philly-based institutions, including UPenn and Verismo Therapeutics, continue to blaze new CGT trails.

Bringing the revolutionary personalized, cell-based therapies to market is, however, associated with unique challenges, and manufacturing capacity will need to keep pace with the scientific progress.

Gattuso explained that the facility is just weeks away from completion. Importantly, this facility is one of the first ground-up, purpose-built cGMP facilities in the Philly market. The building has been optimized for use by advanced-stage life sciences companies. According to Gattuso, among the notable features are “durable floor slabs and a roof that has been designed to handle all of the equipment that goes with life sciences manufacturing. Bay sizes are designed to optimize production in life sciences. A number of other features make this building well suited for companies that are going into commercialization.”

In a conversation with BioBuzz, Tyler Vandegrift of JLL noted that “leasing interest has been steady, in spite of the cooling economy. Structural amenities and access to utilities make the building attractive to a variety of life sciences companies.” The target LEED v4 Silver certification and available tax incentives will provide additional draw. Vandegrift also emphasized the importance of location. The Philly location has access to a reliable workforce, and the central Navy Yard site has convenient access to transportation hubs and to the scientific energy of University City.

Keynote Address: Iovance and the Promise of CGT

In Fantastic Voyage, a crew of scientists is miniaturized so that they can enter a patient’s body to repair otherwise irreparable damage. Gattuso explained the significance of this connection: “Today, the science being done in Philly is as fantastic as anything you can see in science fiction.”

The keynote speaker for the opening event introduced some of this fantastic science. Vogt is Interim CEO, President, and General Counsel of Iovance Biotherapeutics, which occupies another state-of-the-art Navy Yard facility that was developed and built by Gattuso’s team.

The story of Iovance provides insight into the therapeutic and business potential of the companies that will eventually inhabit 2500 League Island Boulevard.

As Vogt explained, Iovance is a pioneer in developing personalized cancer therapies based on tumor-infiltrating lymphocyte (TIL) technology. This strategy supercharges the patient’s own immune system, providing the possibility of a cure for patients with certain cancers, even those with highly metastatic solid tumors.

The immune system represents an army that attempts to battle cancer cells; often, these white blood cells are, in Vogt’s words, “too small of an army to fight.” These cells also become effectively blind to the cancer, and the disease gains the upper hand. Iovance’s TIL technology first removes some of these cells from the tumor where they are waging valient battle. Iovance technicians “expand and rejuvenate” these cells and replace the patient’s immune system with a larger army, now ready to fight the cancer throughout the body.

Traditional cancer treatments often lead to temporary reductions in tumor growth and decreases in the signs and symptoms of cancer, but some metastatic cells survive. Remission thus is often transient, and the disease can return with a vengeance. In contrast, cell-based, personalized therapies like TIL provide the potential for durable remission and cures for the most highly metastatic cancers, as the patient’s rejuvenated lymphocyte army relentlessly seeks out even the most distant lesions.

The Iovance story thus encompasses the clinical promise of personalized CGTs, but it also demonstrates the commercial potential. TIL therapy began with an idea of Dr. Steven Rosenberg and colleagues at the National Cancer Institute in 2012. Iovance underwent many struggles over the succeeding decade as it developed, tested, and marketed the technology, but it has eventually grown into a billion dollar, publicly financed company with a global reach. The company began clinical supply of its TIL therapy in 2021, and it has six active clinical trials in five applications – the rapid growth does not seem to be slowing.

Importantly, along with financial growth has come jobs. The Iovance workforce currently numbers close to 500, and the company and its global collaborators continue to expand.

According to Vogt, while personalized biological therapies provide the hope of cures that were unforeseeable little more than a decade ago, on the flip side of this technology is risk associated with the tremendous financial costs and with extraordinary scientific challenges.

The growing life sciences ecosystem of Philadelphia is well-positioned to meet that risk and the challenges of CGT. Vogt explained that part of the growth of Iovance, which is based near San Francisco, was a comprehensive search for a location to accommodate expansion. Philly became the clear choice, driven by a “great workforce, especially for manufacturing in a regulated environment.”

Also important was the clear interest in the life sciences industry expressed by governmental leadership of Philadelphia and Pennsylvania. According to Vogt, “There were good incentives offered by the state and the city. It was a welcoming environment. We felt like this was the best choice, and we’ve been happy ever since. We’ve had tremendous success cooperating with the city – you can get someone at the city very quickly to help you.”

The facility is currently undergoing the final stages of core and shell construction, and soon it will attract CGT and biotech companies from Philly and beyond and will be a key part of a CGT ecosystem that is bringing sci-fi-worthy ideas to patients. 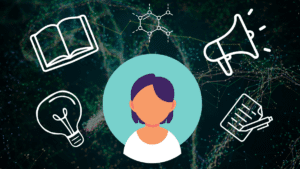 So You Wanna Be in Science Communication? A Q&A With BioBuzz Managing Editor Sarah Ellinwood 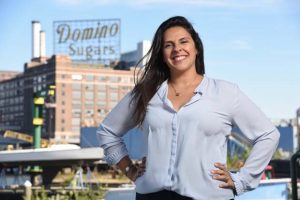 Good News Stories of the Week – Featuring the University of Maryland, Messages of Hope, and More.