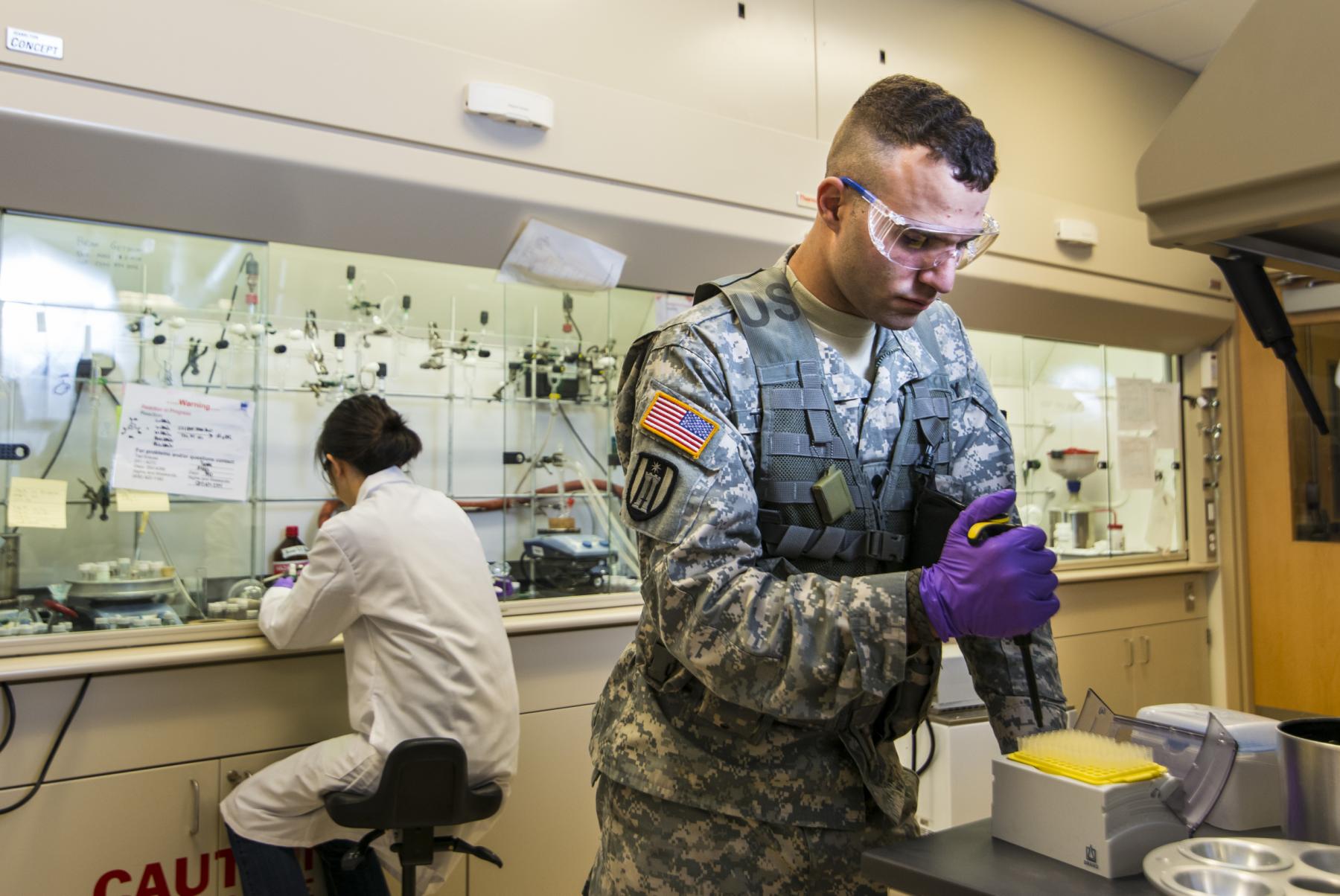 Could the Next Big Cell Therapy Technology Come Out of the Department of Defense?

Many of the region’s successful life science startups are built on technologies that were licensed from The National Institutes of Health (NIH), The National Cancer Institute (NCI), other government biomedical research institutions and Biohealth Capital Region (BHCR) research universities like Johns Hopkins and the University of Maryland.

An often overshadowed regional source of promising life science/medical device technology is the Department of Defense (DoD). Several local companies like Emergent Biosolutions, Adaptive Phage Therapeutics and ARMR Systems, among others, have leveraged DoD tech and other defense-related agency resources to launch and build their successful and growing organizations.

In fact, Frederick-based Theradaptive was launched with a DoD grant to develop their regenerative technologies aimed at regenerating tissues in a controlled way to keep soldiers from losing their limbs. Now they are applying their platform technology to address a range of issues such as localized cancer treatments, next-generation vascular stents, tissue repair patches for cardiac damage and more.

DoD research facilities are abundant within the BHCR, including those at Fort Detrick, within The Medical Research and Materiel Command and Walter Reed Army Institute of Research (WRAIR). The close proximity to these research labs is a unique asset for the region that is not as prevalent elsewhere, even in Boston or San Francisco.

Another reason to consider evaluating potential DoD technologies and resources is the FDA and DoD’s program to expedite medical product availability for American military personnel emergency care. Under this new program, the FDA will give the highest level of attention to, and expedite its review of, priority DoD medical products in a manner similar to products under the breakthrough designation program.

A new initiative called DefTech has recently launched to help uncover DoD-developed technologies with commercial potential and get them into the market. DefTech is a resource that should not be overlooked by biohealth entrepreneurs and startups.

Funded initially by the DoD’s Office of Economic Adjustment via a pilot program, and currently funded by the U.S. Department of Commerce Economic Development Administration, DefTech has developed a strong network of 360 clients and partners since its launch just less than two years ago.

“The process is highly complex and we’ve built and continue to refine our tech transfer process model. Ultimately, we serve as a matchmaker between tech transfer teams and business, helping to guide a conversation so that there’s clarity about the level of interest, process and legalities,” added Evans, who leverages his scientific knowledge, serial entrepreneurial background (he founded a number of successful companies and a venture capital studio) and licensing experience to help connect entrepreneurs and early-stage businesses with the right DoD research lab opportunities.

DefTech’s story starts with the Maryland Department of Commerce recognizing the untapped potential of DoD research lab patents and mapping out a broad economic development strategy to create stronger awareness among businesses and entrepreneurs about DoD intellectual property licensing opportunities. What’s more, it was evident that there was minimal awareness about the remarkable DoD lab facilities, equipment and expertise that these same businesses and entrepreneurs could access.

In February 2018, the pilot program began with DoD Office of Economic Adjustment funding provided to the Maryland Department of Commerce, and non-federal matching funds from Harford County, Maryland, in the form of office space adjacent to Aberdeen Proving Ground, coupled with a range of operational support.

DefTech quickly established relationships with three research labs at Aberdeen under the Combat Capabilities Development Command: The Chemical Biological Center (CBC), the Army Research Lab (ARL) and the C5 ISR lab. DefTech’s successful engagement with these labs at Aberdeen Proving Ground created positive momentum for the program, enabling its growth and winning more support from its partners to scale the operation. In January 2019, the program received additional funding from the Economic Development Administration that allowed DefTech to expand the initiative to include Fort Meade and Fort Detrick, including research labs at the National Security Agency (NSA) and The Medical Research and Materiel Command, respectively.

In a short period of time, DefTech has built a significant network that now includes five research labs and 14 project partners, including Howard County and Frederick County, which have also provided DefTech with off-base meeting space that helps facilitate connections between tech transfer teams and the private sector.

“All of our partners have been very supportive, including Frederick County Economic Development, The City of Frederick and particularly FITCI, which has been a really great partner. They’ve given us many opportunities to connect with people and tell them about what we do. A number of our current clients have come through FITCI. I can’t say enough good things about them and all of our partners that have supported us along the way,” stated Evans.

Today, DefTech has an agile process model that empowers tech transfer offices and the private sector to overcome common impediments to commercializing federal lab intellectual property. These common obstacles, according to Evans, include difficulties getting on base, a general lack of familiarity with the licensing process and getting overwhelmed by its complexities, which can cause some companies to walk away. Evans also cites a lack of understanding about what resources are actually available as a major obstacle to tech transfer. To assist with this, DefTech maintains a database of available patents from Maryland DOD labs, which contains nearly 1,800 entries.

Often, potential licensees don’t know where to look and the DefTech team efficiently searches through a morass of patents to find potentially strong fits. To date, DefTech has found 131 patents that meet the needs and interests of their clients.

“Our goal is to facilitate the process and make it as workable as possible for all parties,” he added.

The commercialization potential of federal DoD lab technology is significant yet often overlooked for a variety of reasons. Federal lab patents are not necessarily blockbuster technologies, but there are an enormous number of strong potential products that can be picked up and leveraged to create a successful business, according to Evans.

“There’s a phenomenal pool of assets out there that are waiting for the right entrepreneurial innovator to bring their full potential to fruition,” stated Evans. “We’ve had some success stories early on and right now we have seven companies in various stages of the process with serious intent to reach agreement with a federal lab. These include some licensing opportunities as well lab resource partnerships. We have 35 clients overall and we’re seeing an ever increasing number of people with an interest in what we’re doing,” shared Evans.

Whether it’s generating stronger awareness of federal lab opportunities and resources via educational programming, matching businesses with the right patents, facilitating dialog between tech transfer teams and entrepreneurs or working one-on-one with clients as they navigate a complex tech transfer process, DefTech has the experience and partner network to bring more federal lab technologies to market.

Tech transfer is a big driver of BHCR innovation and growth but its full potential is yet to be realized. Programs like DefTech and others can play a critical role in spurring the BHCR on to becoming the top biohealth cluster in the U.S.

To learn more about DefTech and the federal lab tech transfer process, visit us at Booth #14 at TEDCO’s Entrepreneur Expo on October 29th or attend one of their upcoming educational seminars: 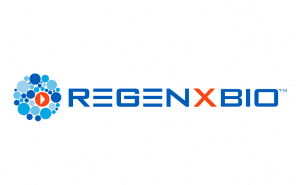 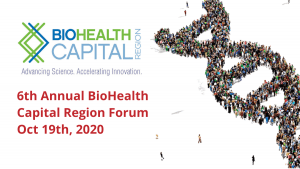 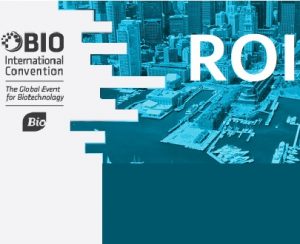