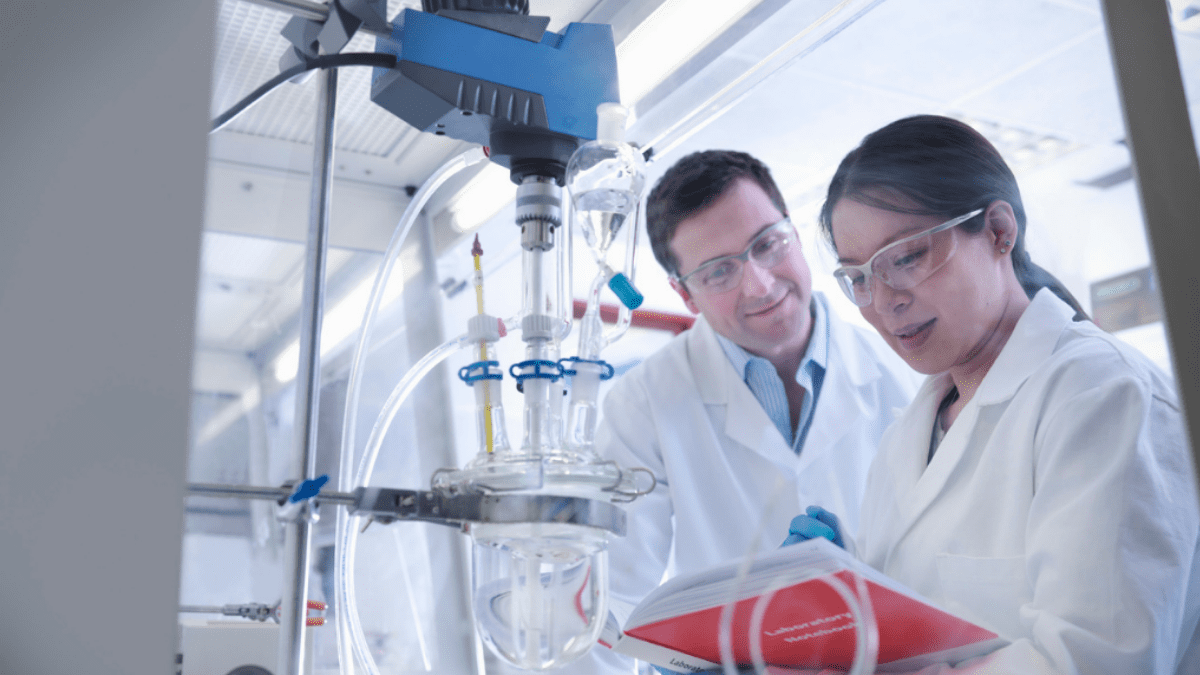 While the contributions family businesses make to global GDP is difficult to accurately quantify, according to 2017 statistics from the Family Firm Institute, “Family firms account for two‐thirds of all businesses around the world, generate around 70–90% of annual global GDP, and create 50–80% of jobs in the majority of countries worldwide.” (Family Firm Institute, 2017).

The BioHealth Capital Region (BHCR) life science ecosystem has its share of family-owned and led companies that have not only contributed to the growth of the region but are also having a real impact on global public health. Sanaria, Adaptive Phage Therapeutics (APT), BeneVir, Longhorn Vaccines & Diagnostics, and Emmes might be smaller, privately-held organizations, but their collective promise and potential impact is large.

Sanaria, headquartered in Rockville, Maryland, is led by Dr. Stephen Hoffman, who serves as CEO and CSO; his wife Dr. B. Kim Lee Sim is the Executive Vice President Process Development and Manufacturing at Sanaria and she is also the President and CSO of Protein Potential, a separate research and development group closely aligned with Sanaria.

Together, the husband and wife duo and their respective teams have spent more than a decade developing vaccines for some of the most intractable diseases in the world, including malaria, shigellosis, diarrhea caused by ETEC, typhoid fever, and, most recently, SARS-CoV-2. Sanaria is currently working on a number of projects that are related to combatting COVID-19, including an orally-administered vaccine candidate called Oracov, which is being developed with Protein Potential and partners from the University of Tübingen.

The husband and wife team of Dr. Hoffman and Dr. Sim have worked closely together for more than a decade addressing the challenges of production, purification, cryopreservation, delivery, and administration of PfSPZ, and have an extensive domestic and international patent portfolio covering these innovations. Sanaria’s primary mission is to develop and commercialize vaccines that confer high-level, long-lasting protection against Plasmodium falciparum, the malaria parasite responsible for more than 95% of malaria-associated severe illness and death worldwide, and the malaria parasite for which there is the most significant drug resistance.

Dr. Hoffman and the Sanaria team, in collaboration with Dr. Sim and Protein Potential, have developed a novel, innovative PfSPZ platform technology. The company has several malaria vaccine candidates in various stages of development and clinical evaluation. Sanaria’s lead malaria vaccine candidate is ready for Phase 3 trials in the US, Europe, and Africa, which have been delayed due to COVID-19.

To date, Sanaria, in close partnership with Protein Potential, has conducted 35 clinical studies of PfSPZ products across the globe, safely injecting approximately 2,972 participants and has “…safely administered over 5.6 billion PfSPZ to research subjects with no significant differences in the rates of adverse events between vaccine recipients and controls (who receive normal saline solution instead of vaccine) in 15 different randomized, double-blind, placebo-controlled trials,” according to Sanaria’s website.

Phage Therapy is a rapidly growing field within the biopharma industry and specifically within BHCR. The blossoming phage therapy space within the region is led by Adaptive Phage Therapeutics (APT) of Gaithersburg, Maryland. APT is a global leader in phage research and development and is led by Co-founder and CSO Dr. Carl C. Merril and his son Greg Merril, who is a Co-Founder and the company’s CEO.

Dr. Merril is a world-renowned scientist and Emeritus Scientist at the National Institutes of Health (NIH). His son, Greg, is a serial entrepreneur who has led more than 20 financing transactions that have raised more than $100M. He has been the founding CEO of three VC-backed health and medical product companies: Brain Sentry, Inc.; Interaction Laboratories; and Immersion Medical, Inc. While with HT Medical Systems he led the company through a $42M merger with Immersion Corp. Merrill was named a Regional Ernst & Young Entrepreneur of the Year in 2007.

According to APT’s website, “In 2003, as multi-drug resistant (MDR) bacteria was starting to pose a serious international health risk, National Institutes of Health (NIH) scientist Carl R. Merril, MD, published a pivotal article that outlined prior limitations of phage therapy and suggested concepts that have emerged as the modern approach.” In 2016, the phage therapy approach developed by Dr. Merril, and supported by the U.S. Navy, saved the life of Tom Patterson, a critically ill A. baumannii patient. You can learn more about this remarkable, life-saving story here.

Today ATP is a clinical-stage biotechnology company focused on providing an effective therapeutic response to the global rise of multidrug-resistant (MDR) pathogenic bacteria. APT’s core asset is a large and continually expanding phage library (PhageBank®) deployed with a companion diagnostic to achieve a rapid response and cost-effective therapy for otherwise recalcitrant bacterial infections. The technology was developed by the biodefense program of the U.S. Department of Defense (DOD). APT acquired the world-wide exclusive commercial rights in 2017. Under the FDA emergency Investigational New Drug (eIND) allowance, PhageBank therapy has been used to treat approximately 20 critically ill patients in which standard-of-care antibiotics have failed.

Most recently, APT received $9.8M in funding from the DOD to develop a phage-based COVID-19 vaccine that is the only phage-based vaccine candidate that will enter Phase I trials in 2020. APT also recently secured $1.75M from the Mayo Clinic as part of a $7M convertible note financing round.

BeneVir is one of the more remarkable family run life science company stories to emerge from the BHCR in the last few years.

In 2011, husband and wife founders, Dr. Matt Mulvey and Dr. Katherine Sacksteder, founded BeneVir to commercialize an improved version of Co-founder Ian Mohr’s T-VEC, which was the first oncolytic virus therapy approved by the FDA. Mohr and Mulvey then sought to improve T-VEC and invented T-Stealth Technology, which allows any live virus treatment for cancer to hide from both innate and adaptive immunity, making it a completely immuno-stealth virus. T-Stealth Technology allows one to use a virus as a drug without having to worry about the immune system inactivating the drug before it has completed its work.

This novel oncolytic virus platform caught the eye of Janssen Biotech, a subsidiary of Johnson & Johnson’s Janssen Pharmaceuticals, who saw acquiring the company as means to augment its Immuno-oncology pipeline. BeneVir was acquired by Janssen Biotech in 2018 in a deal that could be worth approximately $1.04B.

Mulvey and Sacksteder met while working together. Mulvey, at a 2019 panel event panel said, “I can only be considered an entrepreneur because of Katie and we did this together, combining forces to get it done,” stated Mulvey.

Since the acquisition, BeneVir has maintained a research presence in Maryland and some team members have become key contributors to the Janssen Oncology Therapeutic Area. Currently, Mulvey currently serves as BeneVir CEO and Sacksteder is its COO at Janssen Pharmaceuticals.

Longhorn Vaccines & Diagnostics, which has offices in Bethesda, Maryland, and San Antonio, Texas, has been a key contributor in the fight against COVID-19, delivering 30,000,000 sample collection tubes containing its PrimeStore MTMⓇ product during the pandemic. In addition, Longhorn released its latest product, PrimeStore Analyte Transport Media (ATM)Ⓡ, which could revolutionize antigen and molecular testing by completely eliminating the need for RNA and DNA extraction.

Longhorn is led by Dr. Gerald W. Fischer, who is the Chairman and Chief Executive Officer of Longhorn and an internationally recognized leader in pediatric and infectious disease care and research. His son, Jeffrey Fischer, is the President of Longhorn and is responsible for oversight of all non-scientific aspects of the organization to include regulatory affairs.

BioBuzz recently wrote about the launch of the company’s latest product, PrimeStore MTMⓇ, which has the potential to do extraction-less PCR, which is the ‘holy grail’ of molecular testing in that it allows the skipping of the entire middle step of nucleic acid extraction. This streamlines the process, accelerating testing and reducing costs.

Since the pandemic began, Longhorn Vaccines and Diagnostics has won $225.8M in government contracts for COVID-19-related work, all of which are being provided by the Department of Homeland Security (DHS), making them the 25th largest recipient of COVID-19 Federal government contracts according to USA Today’s story. At the end of May, Coca-Cola and Longhorn also announced a large partnership to address a supply chain gap of COVID-19 test collection tubes to support the increasing testing needs of States.

In addition, over the last decade, Longhorn has made significant investments in bringing its technology to the fight against tuberculosis (TB). TB, like SARS-CoV-2, is an infectious disease that requires containment processes. TB also disproportionately impacts underdeveloped countries where containment is challenging and where cold shipping costs can be prohibitive or simply not available. Longhorn’s work on TB has laid the groundwork for the remarkable and important contributions it is currently making to expand coronavirus testing capacity.

The Emmes Corporation has been a BHCR pillar company for years and has multiple locations in Maryland, including Rockville and Frederick. Established in 1977, Emmes is a Contract Research Organization (CRO) that provides numerous public health-related services to a wide range of clients, including academic institutions, non-profit organizations, and pharmaceutical/biotech companies. Emmes has also worked closely with numerous governmental organizations, such as the NIH, DoD, and FDA, to improve public health worldwide.

Emmes was led for years by brother and sister duo Dr. Anne Lindblad, Emmes’ former President and CEO, and Dr. Robert Lindblad, who served in the past as the company’s Chief Medical Officer. Robert, after spending 20 years as an emergency medicine physician, became Emmes first Chief Medical Officer in 2001. He has also served as a medical officer for the U.S. Food and Drug Administration (FDA).

Anne started her career at Emmes in 1982 and became the company’s CEO in 2013; she has authored over 100 publications, served as a reviewer for the National Institutes of Health and as chairperson of several Data and Safety Monitoring Committees. She was also president and a member of the board of directors for the Society for Clinical Trials. 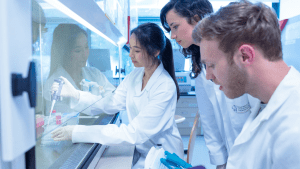 Will the Biotech Industry Have the Right Talent for the Workforce of the Future? 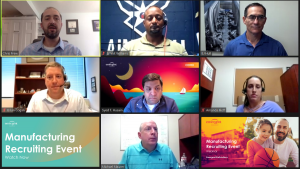 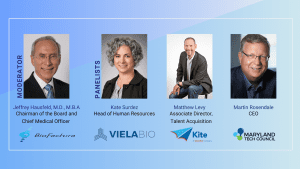