Sound Affects is changing the narrative for the war on cancer.  It’s no longer just about searching for the cure. The mission now is to fund and support the advancement of potential solutions that are already out there. Many innovative scientist-entrepreneurs have ideas for treating and diagnosing cancer that would change the lives of many patients, but lack the funding to turn their technology into a product that reaches those who need it.

New regulations have increased the pool of potential investors, but they are often unaware of, or aren’t well versed in this field of investment opportunities. Another challenge is that many investors are hesitant to fund early-stage biotech’s, and choose to hold off until the technologies are further developed and the companies are less risky. By then, it is often too late for many of these companies.

Sound Affects is a charitable organization founded with the intention of bringing much needed, non-dilutive funding to the biotech industry through donations from the public. Their Crowdfunding model empowers the public to get behind cancer innovations of their choice and gain the agency to choose exactly where their money is going and what it is doing.

Dr. Mona Jhaveri founded Sound Affects after experiencing the pitfalls of trying to start a biotech solution company herself. “I realized how difficult it is to raise money and encountered the valley of death, a metaphorical place where many great ideas go to die because they can’t gain the funding that they need to succeed. If these solutions never move forward then the public can’t benefit from them.”

The current model that most startups use is to apply for government or philanthropic grants which are difficult to access, or raise VC funding for their technology. When it comes to the public or high networth philanthropic-investors, their money typically goes to Foundations or Nonprofits that support research, not commercialization. They’re used to paying a large sum of money as a donation or to attend a gala, in many of these cases it’s unclear exactly how much of the donation actually went to the cause, if it succeeded, or who to contact to find out.

“This current model has left the public very disgruntled with the war on cancer. We’ve been fighting this battle for 40 years and yet patients still have to go through chemo when they get sick. Yes, we’ve had some breakthroughs, but there’s not enough moving from the lab to the clinic for it to impact them.” However, if you donate to a crowdfunding platform, you directly contribute your dollar to a cancer innovation that personally and intellectually resonates with you. Then you are added to the donor list and will be regularly updated from the company every few months about their progress.

To date, Sounds Affects has raised $84,623 for innovators through Crowdfunding. This is not a unique method, anyone can start one, what is novel is that the public has never interfaced with biotech innovators and therefore believes that cancer researchers are still looking for the “cure.” Crowdfunding is therefore simple in context, but hard in practice since the process of commercialization is outside the public purview. “The difficulty we encountered is motivating the crowd to get behind a campaign. We needed a mechanism to reach people, so we partnered with emerging artists and music industry platforms to create a crowd movement around our companies.” Jhaveri realized the music industry is also a great way to tap into the younger generations of donors, who will be more likely to embrace this model quickly.

Sound Affects recently held a launch party for one of their current campaigns with IES Life Sciences. The company received donations from the admission price for the event, which featured musicians and a panel for the company to discuss and showcase their mission. The event alone raised $61,560, about 30% of their overall campaign goal.

IES Life Sciences is a small biotechnology start-up on the Eastern Shore with a mission to create an early detection technology for ovarian cancer and other rare diseases. Ovarian cancer has a low survival rate because it is almost impossible to diagnose before it is too late to treat.

Even when patients are displaying symptoms it can be hard to determine what the root cause is. Patients are often subjected to multiple doctor visits and diagnostic tests before they get answers, if they ever get any at all. IES Life Sciences’ seeks to change that with a technology that is based on the body’s immune system’s reaction to cancer and diseases. A panel of antigens called interferons (INFs) are released every time a disease or cancer takes hold in the body. These INFs create a specific signature for each disease and if known, can be used to diagnose it before symptoms have appeared.

For cancers that are often diagnosed in the later stages, like ovarian cancer, this would be life-saving. The 5-year survival rate for ovarian cancers diagnosed in Stage 0 or 1 is over 90%, while that number drops to 17% if diagnosed in Stage IV. IES Life Sciences’ technology is focused on rare diseases, so there aren’t a lot of data points available to base their methods on. To combat this, their platform uses machine learning and artificial intelligence to rapidly solidify data so these antigens can be learned and logged.

This novel technology could change the way we approach diagnosing diseases, save many lives, and ultimately reduce healthcare costs. There are many more small biotechnology companies out there with groundbreaking ideas that could change the landscape of medicine, but without funding, they will never reach the patients that so desperately need them.

Sound Affects is helping these biotechnology companies further their missions by utilizing their own network, and allowing them to tap into a whole audience and new demographic of public investors they would never normally reach. 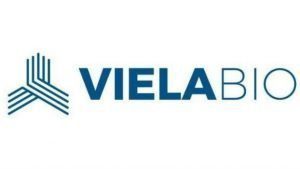 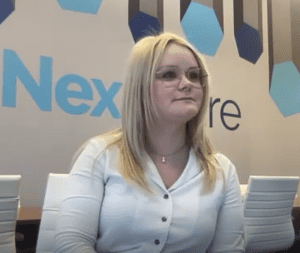 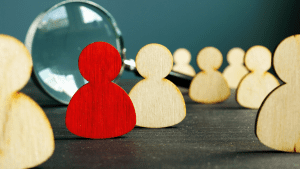