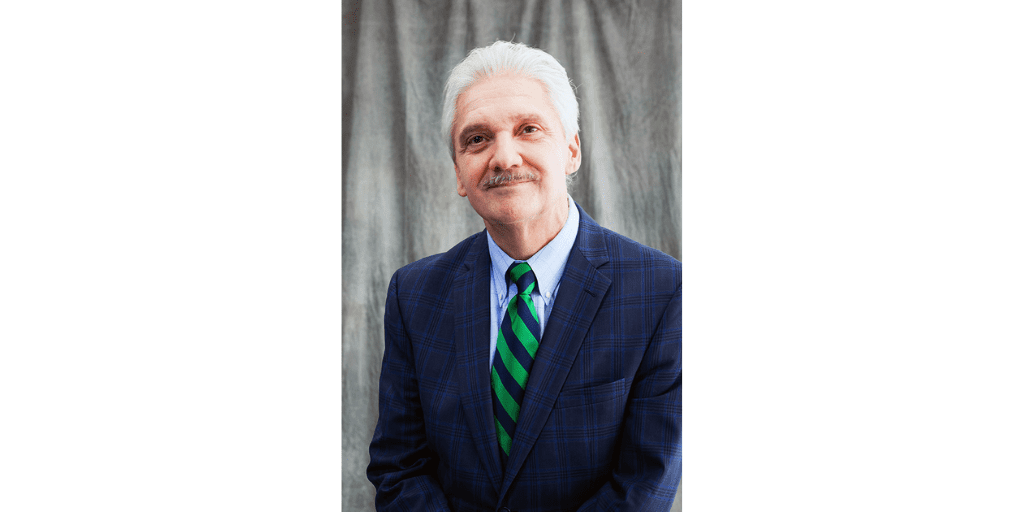 Immunomic Therapeutics Incorporated (ITI), located in Rockville, Maryland recently announced it had closed on $61.3M in financing, exceeding its initial fundraising projections by over $11M. The Korean investment group HLB Co., LTD led the financing round, which is just the latest accomplishment for the clinical-stage biotechnology company that launched in 2006.

ITI, and its founder and CEO Bill Hearl, chose the proverbial road “less traveled” to get to where it is today — a leading, privately-held biotechnology company pioneering the study of nucleic acid immunotherapy platforms. Hearl and the Immunomic team’s trust in their gut instincts and willingness to buck conventional wisdom has transformed what was once a fledgling startup into a BioHealth Capital Region company to reckon with.

“You need to trust your instincts. Every so often things that seem like a bad idea to everybody else may seem like a really good idea to you — sometimes that is worth pursuing,” stated Hearl.

At a pivotal point in ITI’s history, the company was pursuing R&D in the allergy space. Advisors, life science colleagues and investors told Hearl this was a mistake and that the company should move into oncology. Hearl trusted his gut, stuck to his belief that the allergy space was where ITI needed to be and forged ahead.

In 2015, Hearl’s bold, unconventional decision paid off in a watershed moment for ITI: The company struck a licensing deal with Astellas Pharma Inc. for its LAMP-vax products for the treatment or prevention of any and all allergic diseases in humans. The deal paid ITI $300M upfront with a double-digit royalty agreement while preserving ITI’s right to use the platform for other indications, including cancer immunotherapy.

The Astellas Pharma worldwide licensing agreement was a game changer for ITI. Up until that point, ITI had been a lean and mean operation that had raised around $17M in angel financing across several fundraising rounds. True to form, Hearl avoided diluting ownership of ITI by constructing the angel round based on a dividend model, which eventually paid off big for the angel investors after the Astellas agreement was consummated.

ITI also raised approximately $6M in 2016, but the company has generally funded operations independently over the years. The Astellas upfront payment, subsequent milestones and license fees have played a big role in funding ITI operations up until the recent $61.3M financing round. The unconventional decision to stick with its allergy approach early also empowered the company to get into the immuno-oncology space.

The HLB Co., LTD led fundraising round that exceeded ITI’s original goal of $50M is based around ITI’s lead product candidate, ITI-1000, which is a promising cell therapy treatment for glioblastoma, a highly deadly form of brain cancer.

ITI-1000 is nearing Phase II trials and is based on the company’s UNITE™ (Universal Intracellular Targeted Expression) technology platform. UNITE is the evolution of ITI’s LAMP-vax platform, which was licensed from Johns Hopkins University in 2006. ITI’s science remains firmly rooted in its Lysosomal Associated Membrane Protein (LAMP) vaccine technology; the current UNITE platform is an improved version of the original LAMP-vax.

“The core of the technology is our ability to activate the immune system. When we first started working with this, there was a phrase in a lot of academic papers that referred to ‘professional antigen presenting cells.’ I wondered ‘Who were the amateur antigen presenting cells?’ What they were talking about were immune cells whose specific job it is to teach other cells about foreign entities,” stated Hearl.

The genesis of ITI-1000 began with Dr. John Sampson at Duke University and Dr. Duane Mitchell at the University of Florida. Sampson and Mitchell discovered that tumor tissue was co-infected with cytomegalovirus; their research also showed that the cytomegalovirus pp65 protein was expressed on a high percentage of glioblastoma biopsies. Hearl was floored when he saw Sampson and Mitchell’s work in 2014 and then went about acquiring rights to the necessary IP over the next several years. ITI also made investments in funding Mitchell’s studies and provided a 5-year, $5M commitment to the University of Florida’s ReMission Alliance.

The pp65 protein was eventually coupled with the UNITE technology for a Phase I trial, called ATTAC-I. The first study was small, but the results showed an overall survival of over 40 months, which was a vast improvement over the 14-16 month survival typically seen with the normal standard of care. The ATTAC-II or Phase II study is larger with 120 patients and is a randomized, blind and placebo-controlled study deploying the most current version of the UNITE platform.

Since 2016, 100 patients have been under study and ITI expects some interim data towards the end of 2020.

“Frankly, I feel like this is my personal mission to bring this treatment to brain cancer patients in the near future. If we can do that, it’s a game changer for everyone with brain cancer,” stated Hearl.

“One of the challenges of this study is that it’s for newly diagnosed glioblastoma patients so we have to see patients before chemotherapy. A lot of times patients have an overly optimistic view of their survival chances; unfortunately, they don’t realize they have to do something important to save their lives. They follow the standard of care and then it comes back,” stated Hearl.

“We’re trying to get the word out that it’s important to get into the study site as soon as possible,” he added.

ITI has always been a patient-focused company. The organization created a traveler fund that pays those enrolled in its study for travel, lodging and per diem costs associated with getting to the study site no matter where a participant might live in the U.S. This fund helps encourage enrollment and relieves some of the financial burdens placed on patients and families battling the disease.

Hearl’s wider vision for brain cancer treatment includes establishing brain cancer centers on the east and west coasts of the U.S., as well as in Seoul, South Korea. Hearl feels that ITI’s partnership with HLB will help propel the company toward achieving this long-term goal.

“I’m very excited about the idea of creating brain cancer centers around the world…When we first started talking with HLB, part of the discussion was about creating a Korean center to treat brain cancer patients in Seoul,” Hearl stated. “This is a big part of our future.”

“The people at HLB have been fantastic. They are looking to build a dynamic biopharma business. I’m very excited to be working with them,” he added.

The $61.3M funding round, led by HLB, will primarily be used to continue the clinical development of ITI-1000 and to build out ITI’s commercial manufacturing capabilities. Currently, ITI can treat about 10-15 patients a month. This new round of funding will enable ITI to treat approximately 100 patients per month.

While ITI is intent on progressing its ITI-1000 program into Phase III trials and advancing other promising product candidates along its pipeline, including a cell-free version of the glioblastoma therapy called ITI-1001, it is simultaneously deploying the UNITE technology to develop a COVID-19 vaccine.

In the past, the UNITE platform has been widely applied to create vaccine candidates for rabies, yellow fever, Dengue fever, hepatitis C and another coronavirus, SARS, so Hearl and his team felt confident that their platform could help solve the COVID-19 problem. ITI has partnered with Epivax to develop the design for the vaccine and Pharmajet to deliver the COVID-19 vaccine via its needle-free injection technology if the vaccine is approved.

“Going back to the starting days of ITI, our scientific founder was Tom August. He was a brilliant scientist that developed the LAMP concept and his background was primarily in infectious disease…He did work in HIV, Dengue fever and West Nile, SARS and MERS…For a while, we were focused on other areas of interest, but when COVID-19 hit it was the right time in our lifecycle. We had the partners and the right technology to try to solve this problem,” Hearl stated.

“For COVID-19 we can hit multiple targets on the virus, not just the spike protein. We can pull these together and create a vaccine design that will generate a better, more robust response,” said Hearl.

“We have materials prepared and are conducting mouse experiments. Once we have proof of concept in an animal model we can really start looking at human safety studies for our COVID-19 vaccine hopefully later this year,” he added.

What does the future hold for ITI? Hearl sees an IPO as the logical next step for the company.

“I think we will command a good valuation and be able to raise the funds we need to get our glioblastoma product commercialized. We’ve had investors with us for 14 years. I think they’d like to see that and I think it’s a smart way forward,” Hearl said with a smile.

The hard choice to take the road “less travelled” early in the company’s history could lead ITI to a transformative IPO that could potentially make all the difference to patients and families battling COVID-19, glioblastoma, other cancers and allergies.

Along this less traveled road to whatever the future holds, Hearl and his team will continue to steadfastly follow their instincts, trust in their science, remain transparent and stay focused on helping patients in need.

To hear more from Hearl and about ITI, check out his recent appearance on BioHealth Innovation’s BioTalk Podcast with Rich Bendis. 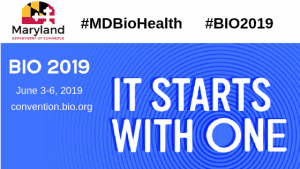 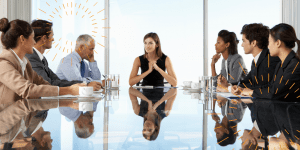 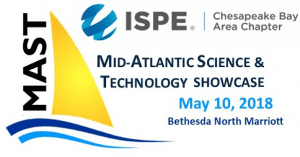 ISPE’s 2018 Mid-Atlantic Science and Technology Showcase Bigger and Better than Ever!