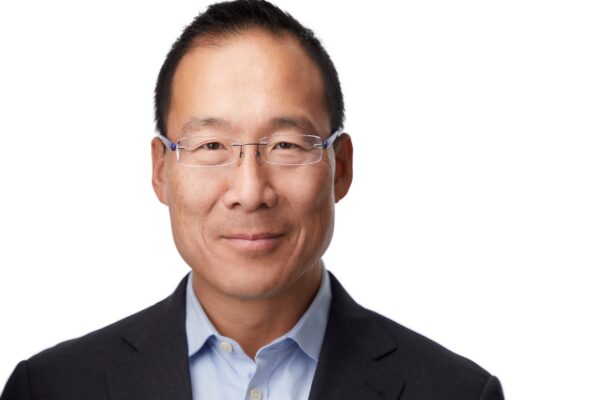 The first gene therapy to be approved by the FDA occurred in late 2017. It was Spark Therapeutics’ Luxturna, approved for a rare, genetic form of blindness. Since then, a handful of additional gene therapies have been approved, including bluebird bio’s Zynteglo for beta-thalassemia, which is expected to launch in March 2023. The Alliance for Regenerative Medicine predicts five more gene therapies may be approved this year.

One of the Philadelphia-based companies working in the field is Passage Bio. William Chou, M.D., CEO of Passage Bio took time to speak with BioBuzz about what the company is doing and the gene therapy space.

The first program is PBGM01 for GM1 gangliosidosis, a genetic disorder that progressively destroys nerve cells in the brain and spinal cord. One of about 50 lysosomal storage disorders, the disease is caused by a mutation in the GLB1 gene, causing a deficiency in beta-galactosidase-1, which lysosomes require to correctly break down large sugar molecules in the body. There are currently no approved therapies to reverse the effects of the disease.

The second program is PBFT02, a gene therapy for frontotemporal dementia (FTD). The most common form of dementia in people under the age of 60, FTD results in a gradual, progressive degradation in behavior, language, and movement.

RELATED: Center for Breakthrough Medicines Beats Back on the 2022 Biotech Bear Market with Rapid Hiring and Expansion

Asked about the prevalence and future of gene therapies, Chou said, “I absolutely think gene therapies are a viable treatment. What I’ve seen, not just in my current job, but in my previous roles also — I’ve worked in gene therapy companies in oncology and sickle cell disease — if you can show you can deliver impactful results to patients, the patients are very interested in it.”

One of the unique aspects of Passage Bio is its close relationship with the Gene Therapy Program (GTP) at the University of Pennsylvania, which is in James Wilson, M.D., Ph.D.’s laboratory.

Chou says, “Jim Wilson and GTP at Penn execute on all our preclinical programs. They help us in determining what the best capsids are, the best route of administration, what mechanisms we should be targeting, and trying out these different ideas to see which ones work the best.”

As mentioned above, two of the programs are currently in the clinic. In mid-December 2022, the company announced interim safety, biomarker and clinical development data from cohorts 1-3 in the Imagine-1 Phase I/II trial of PBGM01 in GM1 gangliosidosis. PBGM01 is an AAVhu68 gene therapy delivered by intra-cisterna magna (ICM) injection. The data were on six of the eight patients treated.

“We’re really pleased with our results from this trial,” Chou told BioBuzz. “This is early in our program, so we’re trying to find several signals, and the first is safety. This product has a very favorable toxicity profile. There were no severe adverse events (SAEs) from the product, no immunogenicity of substance, and no AEs from our route of injection, which is through the ICM, an open area at the base of the skull.”

He added that the second thing they learned from the trial was there some patients were more likely to respond. Those patients were typically in the early stages of the disease before more developmental delay had occurred. The third piece of evidence was the dose-response.

“We found a very strong dose-response. The higher dose we tested in the first six patients had a much stronger biomarker response. They had a much higher enzyme that we’re encoding for. So, we’re seeing a very positive response from a very low number of patients, the first six treated,” Chou said.

The second clinical trial, for frontotemporal dementia (FTD), is ongoing. No data has been presented yet, but Passage Bio expects to share initial data from the first patients treated in the study this year. “We’re excited to see how our preclinical data from the FTD program translates into the clinic,” Chou said.

In addition, they expect to share more data from the Imagine-1 study for GM1 gangliosidosis, specifically from the seventh and eighth patients treated.

Another gene therapy company, Astellas Pharma, reported four deaths in clinical studies of its experimental gene therapy, AT132 for X-linked myotubular myopathy, a rare and fatal neuromuscular disease. These deaths occurred in 2020 and 2021.

The earliest gene therapy, Luxturna, was for a disease of the eye, Leber congenital amaurosis. Gene therapies for ophthalmic diseases are injected directly into the eye, avoiding many of the issues associated with systemic treatments, which fall broadly into two categories: liver response and immunogenicity.

Chou shared his perspective on these safety issues, saying, “When you give a gene therapy systemically, like an AAV, you have to overcome the liver. You get an immediate pass into the liver. And you get immunogenicity, so the immune system might recognize the gene therapy as something foreign. That obviously raises an immune response, so you then have to give a higher dose to get through that.”

He noted the immune response has been seen with very high doses of gene therapies. “I will say, the one advantage of what we are doing at Passage Bio is we’re not giving our gene therapy systemically. We’re a CNS company. We’re giving the therapies directly into the CNS; therefore, we’re not having immediate exposure to the systemic immune system, and the doses we need to administer aren’t as high.”

In addition, Passage Bio’s vectors don’t go into the liver and get integrated into liver cells.

The industry and regulators are aware of the safety issues related to gene therapies. In May 2022, in an unprecedented collaborative move, Sarepta Therapeutics, Pfizer, Genethon and Solid Biosciences, which are all working on gene therapies for Duchenne Muscular Dystrophy (DMD), partnered to understand the SAEs associated with their respective gene therapies and to provide guidance on how to deal with it. They theorized that the SAEs were a class effect related to a “T-cell mediated immune response to the expressed transgene protein in a cross-reactive immunological material (CRIM)-negative setting, determined by the patient’s genotype.”

In short, they believe that specific genetic mutations made the patients more susceptible to safety problems. Now patients in their trials are being tested for those mutations.

Although largely outside the scope of this article, one issue facing gene therapies is cost. Bluebird bio’s Zinteglo is projected to cost $2.8 million, which would make it the most expensive drug ever. Bluebird bio argues that the price has to be viewed in the context of the cost of beta-thalassemia treatment over the life of the patient. The company also notes that the treatment is basically a cure.

In a statement, bluebird said, “The lifetime cost of medical care for a patient with transfusion-dependent beta-thalassemia can reach up to $6.4 million in the U.S. and the average total health care cost per patient per year is 23 times higher than the general population.”

It is an issue that can be expected to be debated for quite some time. Cutting-edge therapies are expensive. Cutting-edge “cures” are also extremely rare.

Chou is a bit reluctant to wade into a pricing discussion. “We’re a Phase I clinical company,” he said. “It’s early for us to talk a lot about pricing.”

However, he added, “What I can say is that similar to pretty much every therapy I’ve looked at in the past, you have to look at the value to the patient and society. You mentioned cures. You are delivering huge value. That should be your primary focus. If we can keep delivering massive value, like cures, things like pricing come along. But my focus and Passage Bio’s focus is what value we deliver to patients and society — let’s keep our eye on that ball.”

Value really is the bottom line when it comes to this newly emerging field of gene therapies. There are safety issues, but the industry and regulators are aware of them and actively working to monitor and mitigate those problems.

There are cost concerns, as there often are with new types of therapies, but it’s difficult to place a value on saving a life or eliminating a lifetime of high-cost treatment

Chou said, “I would emphasize that whether it’s GM1 gangliosidosis or FTD, there is so much need for gene therapies from the patient perspective. There is a huge, huge unmet need, which is really what keeps us pushing through, coming to work, and solving problems. When you or a family member has one of these diseases, you really want to know that people are working hard to develop treatments for them.” 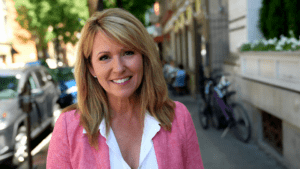 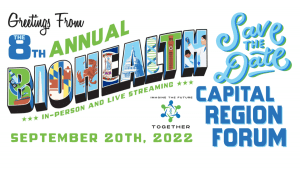