The Racefor7 to Beat 7,000 Known Rare Diseases is On

A Global Approach to Advancing Drug Development for Rare Disease

Runners in cities in the U.S. and India will join together in the Racefor7 event on February 24. This annual 7K is held to raise awareness and empower patients with rare diseases in their quest for effective treatment options. “We will form a human chain between the U.S. and India, with nearly 15,000 people walking 7K at the same time,” says local socialpreneur, Dr. Harsha Rajasimha.

Rajasimha co-founded race-organizer ORDI (Organization for Rare Diseases India) to bring together scientists, policymakers, patients, and those in the pharmaceutical industry to connect across borders. The goal is to increase the number of clinical trials for rare diseases worldwide by adding the population of India to the candidate pool. The nonprofit will act as a catalyst to accelerate clinical research and bring about more timely diagnosis and treatment in India, where millions of people live with one of the more than 7,000 currently identified rare diseases.

Marshall Summar, MD, Director of the Rare Disease Institute, Children’s National Medical Center and Chairman of the Board at the National Organization for Rare Disorders (NORD), will be kick off the race in DC. “I’m really excited to wave the flag to start this year’s Racefor7,” says Summar of his role at the epicenter of the regulatory environment for drug development and clinical trials in the U.S. “What a great event and what a way to bring the rare disease communities of the U.S. and India together.”

Rare diseases strike a small percentage of the population. This results in a disincentive to research and develop a treatment for these conditions. Not only is there difficulty in gathering a large enough group for a clinical trial, but the market is often not big enough for drug makers to recoup the cost of developing the new drugs. With these two factors impeding much needed new medicines, it’s clear that something like the U.S. Orphan Drug Act of 1983 was necessary if these rare illnesses were ever to get the attention they merit.

Progress has been made in the United States because the Orphan Drug Act assures seven years of market exclusivity for pharmaceutical companies that develop a treatment. Yet, the average age at diagnosis of these conditions is 7 years for children and families who have lived with a frightening unknown during that time. Even with the passage of this act and the progress that has been made, there is no approved treatment for 95% of rare diseases. There is much left to be done and, since the majority of these conditions are genetic in nature, our growing knowledge of the human genome makes this the time.

For India, the ability to introduce diagnostic tests and procedures like those used in the U.S. will make it possible for an exponentially greater number of infants and children with rare diseases to be diagnosed early on when interventions might make a difference. It will also benefit those in India who participate in clinical trials because the treatments that are discovered will be available to them.

For Rajasimha, holding the Racefor7 to bring greater awareness and action to the rare disease field and include the larger population of India in the pool of candidates for rare disease trials to dramatically expand the potential pool of patients for these trials is just the first step. There must also be a way to conduct clinical trials at a fraction of the current cost. His goal is to hold remote clinical trials in which patients using available FDA-approved technology like the Apple Watch will be able to have their health information tracked by doctors performing clinical trials that include patients around the world.

To make this vision a reality, Rajasimha is putting his passion for this cause together with his professional experience and expertise. His firm, Jeeva Informatics, is working to avoid costly clinical trials by making remote collaboration possible. On the heels of a successful internship program last Fall that helped build the prototype, Rajasimha is currently raising a seed round of investment capital. If all goes as planned, the first proof-of-concept tests will take place this summer. 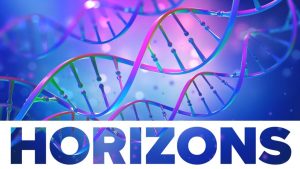 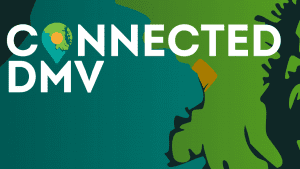 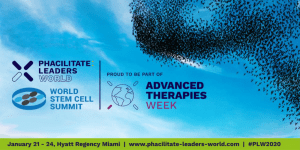