Winner of the 2022 BioBuzz Award in media, “The Cure Chronicles” documents the important stories of people living with HIV, HIV advocates, medical experts, public policy makers and others who are united by the common goal of finding a cure for HIV. The series is hosted by AGT’s CEO Jeff Galvin and covers a wide range of HIV topics.

The video series can be found on AGT’s website and YouTube, as well as other digital media platforms.

“There’s a misperception out there that HIV/AIDS has been cured and its impacts are minimal on global public health. That’s just not true. While antiretroviral therapies have vastly improved the lives of those living with HIV, there is no cure and living with HIV places a significant burden even on those with access to treatment; for those without access, HIV/AIDS remains a devastating disease,” stated Galvin.

According to the World Health Organization (WHO), over 79M people have been infected with HIV and over 36M people have died from AIDS since the epidemic began. In 2020, over 37M people were living with HIV and some 680,000 died of AIDS-related illnesses. Approximately 1.1M people are currently living with HIV in the U.S., according to the Kaiser Family Foundation; up until recently the new infection rate sat at around 50,000 new HIV cases per year. The most recent HIV surveillance study in 2019 showed an 8% drop in new infections, according to the Center for Disease Control (CDC), which is an encouraging sign for an epidemic that continues to have a devastating impact throughout the global community.

AGT is working hard to develop a cure. The company is in a Phase 1 clinical trial for a single-infusion gene therapy (AGT103-T) to return people living with HIV to a normal life. If AGT103-T earns FDA approval, people living with HIV could potentially get a single dose that could put HIV in remission for the rest of their lives.

“The Cure Chronicles” and other HIV documentary campaigns are so important. The battle against HIV is an ongoing effort; it’s critical to keep telling these stories,” Galvin added.

AGT’s “The Cure Chronicles” has featured important figures from across the HIV community, including Dr. Marcus Conant, AGT’s Chief Medical Officer, and one of the first physicians to discover HIV in the early 1980s; Dr. Deana Kulpa, an Assistant Professor at Emory University and leading HIV researcher; Guy Anthony, a leading HIV activist, author and community organizer; and Janeli Alejandra, an HIV advocate and mother of three who was diagnosed with HIV in 2010. These names are just a sampling of the heroic individuals featured across the 15 episodes AGT has released so far.

We’re highlighting the three most recent “The Cure Chronicles” episodes below. Check them out:

Fletcher is a passionate HIV advocate who has dedicated the last 15 years of his career to raising awareness and education about HIV as a Peer Advocate at “The Horizon Program” in Maine. Michael’s role helps ensure people living with HIV in his rural community receive proper access to HIV treatment to prevent the disease from developing into AIDS. He is also a strong advocate for challenging HIV stigma.

Koss is a YouTuber who builds awareness about HIV by sharing her story. Her primary goal is to “help those who are positive and educate those that are negative.” Diana hosts a series called “Born Positive” which chronicles her journey and experiences after being born with HIV.

Cole is an HIV activist and a TEDx speaker who hosts annual “Positive Voice” talks for high school students to educate them about HIV. She uses her experience and vast knowledge to challenge HIV stigma. 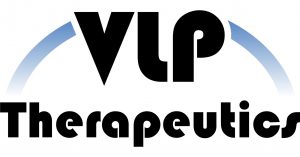 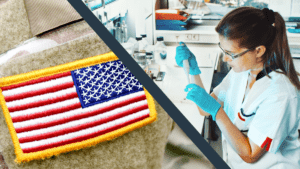