LifeSprout, a privately-held regenerative medicine company located in Baltimore, Maryland, recently announced the closing of a $28.5M Series A financing round, marking a significant milestone in its history. The round was led by Redmile Group, LLC, with new institutional investors Nexus Management, LP, Emerald Development Managers, LP, and Baltimore’s Abell Foundation joining the investment group.

At the heart of LifeSprout’s growth is its Regenerative Matrix (RM) platform. The RM consists of chemically-defined, biocompatible materials with a natural feel that can integrate with living cells. RM products look and feel like natural tissue and mimic the extracellular matrix, all without animal or cell-derived constituents. The company is currently focused on developing aesthetic and regenerative medicine applications from this platform, including products for soft tissue loss, a major issue caused by cancer surgery, congenital malformations and the aging process.

Dr. Sashank Reddy, a former JHU Hodson Scholar, founded LifeSprout on technology licensed out of the University. After completing his MD and PhD at Harvard, Reddy did a successful stint with Boston VC firm Third Rock Ventures and then returned to Johns Hopkins to do his residency in Plastic and Reconstructive Surgery. He eventually met Dr. Hai-Quan Mao, Professor of Materials Science and Biomedical Engineering at the Johns Hopkins Whiting School of Engineering. Dr. Mao is one of the world’s foremost experts in nanomaterials and their interfaces with the body and is also the Associate Director of JHU’s Institute for Nanobiotechnology. Mao and Reddy began a friendship and scientific partnership that ultimately led to the licensing of their inventions from JHU to form LifeSprout.

“It was really one of those charmed scientific projects where things worked well early on. It’s also a testament to the insight and fortitude of Hai-Quan and Russ Martin (a former postdoctoral fellow in the Mao lab who is now Director of Technology at LifeSprout) that they were able to surmount a number of technical challenges along the way,” stated Reddy.

Like many life science startups finding their sea legs, the company faced a number of obstacles along the way.

According to Reddy, “The first was a challenge of scale. Things that work reproducibly in the research lab then have to be transitioned into a commercial process with design controls and rigorous manufacturing processes. This requires a type of expertise in which most academics are not trained. This was part of our learning curve in translating promising science. So we brought in great people to help in those areas.”

Another challenge was attracting high-level scientific management and operational executives.

“There is a superabundance of scientific and medical talent in Maryland with Johns Hopkins, the University of Maryland, NIH, and other institutions. But when compared to Boston and San Francisco, there aren’t as many operational executives here who can take the baton at an early stage and run with it. Complementing the scientists in our company with scientific and operational management was challenging for us, as it has been for other local biotech startups. That challenge won’t be solved overnight; it will take time and take people staying in the region and growing it organically,” stated Reddy.

“When you see visionary local companies like Thrive Earlier Detection and others grow here, you know that some of them will be successful. The hope is that the people who grow up with these companies get anchored here and seed the next generation of startups,” he added.

During LifeSprout’s first few years, the Baltimore life science community’s support was a game changer for the young company.

“Without this early financing we would never have been able to translate the technology out of the academic laboratory. Most importantly, these early investments helped us get great people who have been catalytic for everything else,” said Reddy.

The investments enabled LifeSprout to attract experienced executives and a strong board to help drive its product pipeline to commercialization.

CEO Eric Goorno brought 25 years of industry experience to LifeSprout when he took the helm in 2018. Prior to joining LifeSprout, Goorno had started his own company, Pulse Veterinary Technologies, LLC, where he served as CEO until it was acquired. Before Pulse, Goorno enjoyed a long, successful stint with Boston Scientific, culminating as President of the firm’s $395M Urology & Gynecology Division.

Industry veteran Adam Gridley came on board as Executive Chairman in April 2019. Gridley is currently the CEO of Entera Bio, a biotechnology company specializing in the oral delivery of large molecules and biologics. He was previously President, CEO, and Director of Histogenics, a cell therapy and biologics company developing novel therapeutics for cartilage defects; he helped the company complete a successful $70M IPO and to raise over $130M. Earlier in his career, Gridley helped develop one of the first dermal fillers at BioForm Medical and played a key role in the company’s sale to Merz Pharma, one of the world’s largest aesthetics companies, where he stayed on as Senior Vice President.

With promising technology, a strong leadership team, and a cadre of experienced staff, advisors and investors, LifeSprout is poised for the next phase of its development.

The company’s commercial strategy includes focusing on the aesthetic dermal filler market first. Dermal fillers rejuvenate and restore the face, helping remedy soft tissue volume loss and wrinkles. The dermal filler sector is a $2B market that was growing about 10% a year prior to the pandemic. Most dermal filler products currently on the market, however, transiently fill the space and then disappear over time leading to a recurrence of volume loss.

LifeSprout’s lead product candidate, a dermal filler called Lumina that was created via the RM technology, is a regenerative dermal filler that feels more like native tissue. Lumina also has the potential for cellular ingrowth and tissue remodeling for a more natural and lasting restoration. The company plans to bring Lumina into clinical trials later this year as a Class III medical device, which requires FDA pre-market approval (PMA).

The second prong of the company’s strategy is using the RM platform in the cell therapy space. During RM platform testing, LifeSprout discovered that its technology has the potential to augment cell therapy, where in many cases cells transferred into the body die, diffuse, or don’t get incorporated.

“RM as a stand-alone technology has promise for soft tissue restoration. Beyond that, we think it can help solve the ‘last mile’ problem for cell therapies — to promote the survival and functional integration of cell therapies into the body,” stated Reddy.

Since 2015, LifeSprout has grown from just two staff members to 12 and the company is actively looking to hire several more team members in preparation for the exciting work to come.

“Without the support of our investor partners and the Baltimore life science community, it would not have been possible to make LifeSprout self-sustaining. We’ve been incredibly fortunate to work with great people all along, from our investors and our board to our regulatory and manufacturing consultants. When you work with smart, dedicated people they attract like minds and that’s how things amplify,” stated Reddy.

With strong science, a promising pipeline, experienced leadership and a deep support ecosystem, LifeSprout is well-positioned for a bright future. 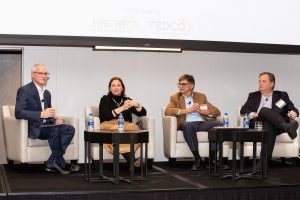 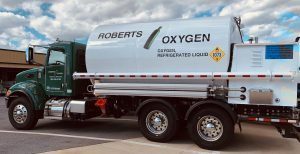 Roberts Oxygen Investing in Equipment and Facilities for BioTech Needs 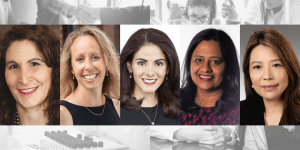 Five Female Investors Who Are Making Their Mark in Life Science ﻿