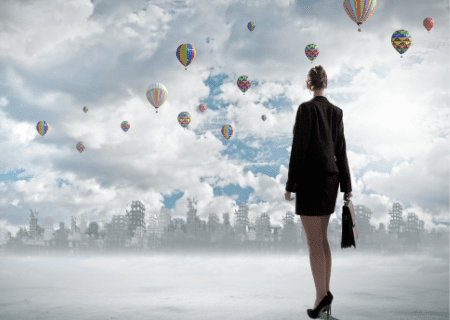 In 1942, Austrian economist Joseph Schumpeter wrote, “ …industrial mutation—if I may use that biological term—that incessantly revolutionizes the economic structure from within, incessantly destroying the old one, incessantly creating a new one. This process of Creative Destruction is the essential fact about capitalism.” (Library of Economics and Liberty)

With the pending dissolution of the MedImmune brand into AstraZeneca, and the recent negative phase III trial results that have put Novavax’s future up for serious concern, the BioHealth Capital Region has entered its own creative destruction phase.

The shake-up of regional biotech stalwart MedImmune and the unknown future of Novavax would be devastating to a less diversified and vibrant life science hub. However, if ever there was a time for the BioHealth Capital Region to absorb such significant workforce disruption it’s right now–there are at least a dozen biotech companies preparing to grow, each with upward of 100 new positions in the coming two years.

Biotech and life sciences companies already located in the region like Autolus, GSK, Viela Bio and REGENXBIO all have active job growth plans, while Kite Pharma is actively recruiting talent to work at it’s new Gaithersburg facility and soon to be built Urbana site in Frederick County.

Add to this the robust startup ecosystem that’s thriving in the area and it’s clear that there is significant growth happening right along side of a market right-sizing.

And that’s just what we already know.

Other potential ramifications of the loss of MedImmune and the precarious state of Novavax have yet to emerge. The BioHealth Capital Region is poised to weather the recent storm, this much is clear. What’s less clear is what new ideas and new enterprises will be born as innovative scientists and experienced leaders enter the job market again. How many will join new startup or established companies in the region? How many will strike out on their own to follow their entrepreneurial calling?

The BioHealth Capital Region’s history strongly suggests that this transition period will add talent to existing, growing companies and give birth to brand new biotech and life science startups that will add to its already strong company portfolio.

All one needs to do is take a look at what has been created by former MedImmune leaders before it was decided that the brand would be rolled up into AstraZeneca. Take Viela Bio as the most recent example of the area’s rich track record of new companies spinning out of established regional industry anchors. Viela Bio, led by former MedImmune executive Bing Yao, has already grown significantly in its first year and will look to continue to expand its capabilities in 2019. Viela Bio is another company in a long history of innovation emerging from larger, anchor organizations in the region.

There have been several key executives with roots that trace back to the MedImmune family tree who have had significant impact the Biohealth Capital Region.

First, there is Peter Greenleaf, past President of MedImmune who was replaced by Bahija Jallal in 2013. Greenleaf later became CEO of Sucampo Pharmaceuticals where he negotiated the sale to U.K. pharmaceutical giant Mallinckrodt PLC for $1.2B in February 2018.  Following the sale he was appointed as CEO of Ceracor, a promising early-stage biotech targeting neurological and pediatric orphan diseases that just moved to Montgomery County and announced a $10M raise just this month. Greenleaf also chairs the Maryland Venture Fund Authority which invests in promising Maryland based companies, such as PGDx which raised $75M last year.

Then there is Scott Koenig, former SVP Research at MedImmune, who went on to become President and CEO of Rockville-based MacroGenics.  Just last month, the 350 person company had positive results for their phase III breast cancer study that doubled their stock price and brought them closer to becoming another local commercial success story.

Michael Richman, was Senior Vice President Corporate Development at MedImmune before he went on to join Koenig’s executive team at MacroGenics as Executive Vice President and Chief Operating Officer. Richman then became President and Chief Executive Officer of a Johns Hopkins spinoff, Amplimmune, which ironically was acquired by MedImmune/AstraZeneca in 2013 for $500M, bringing him full circle to where it all began.  In 2015 Richman co-founded the cancer immunotherapy company NextCure in Beltsville, Maryland where he now serves as President and CEO. In 2018 the company raised $93M through an impressive syndicate of investors who are all betting big on their proprietary FIND-IO™ platform.

And finally, there is Eric Richman, who served as Director of International Commercialization for MedImmune through 2000. He later became President and CEO of an Annapolis-based biodefense company, PharmAthene, that in 2017 entered into a merger with Montgomery County-based immunotherapeutics company Altimmune. Consequentially Altimmune raised $25M in late 2018, after which CEO Bill Enright left the company and was just recently appointed Chief Business Officer of Avidia Technologies, a promising preclinical cancer immunotherapy company out of FastForward in Baltimore.

The BioHealth Capital Region Forum is coming up on April 8-9, 2019 where industry leaders from around the region will gather to collaborate and continue to discuss how the region can grow and prosper. MedImmune has been the driving force behind this Forum, along with BioHealth Innovation, so questions of the future will surely arise. Whatever the future holds, there is no question to the legacy that MedImmune has ensured it will leave behind.

Any period of economic change can be unnerving for those operating in an evolving market. And there’s certainly no denying that the BioHealth Capital Region is currently undergoing significant change.

What’s germane here is that this period of change is happening at just the right time.

While this will very likely be a turbulent chapter in the region’s history, it might just be what the BioHealth Capital Region needs to catapult itself into the top 3 by 2023. 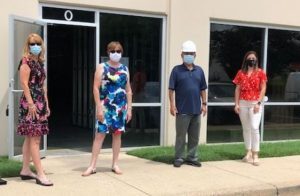 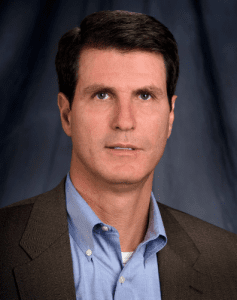