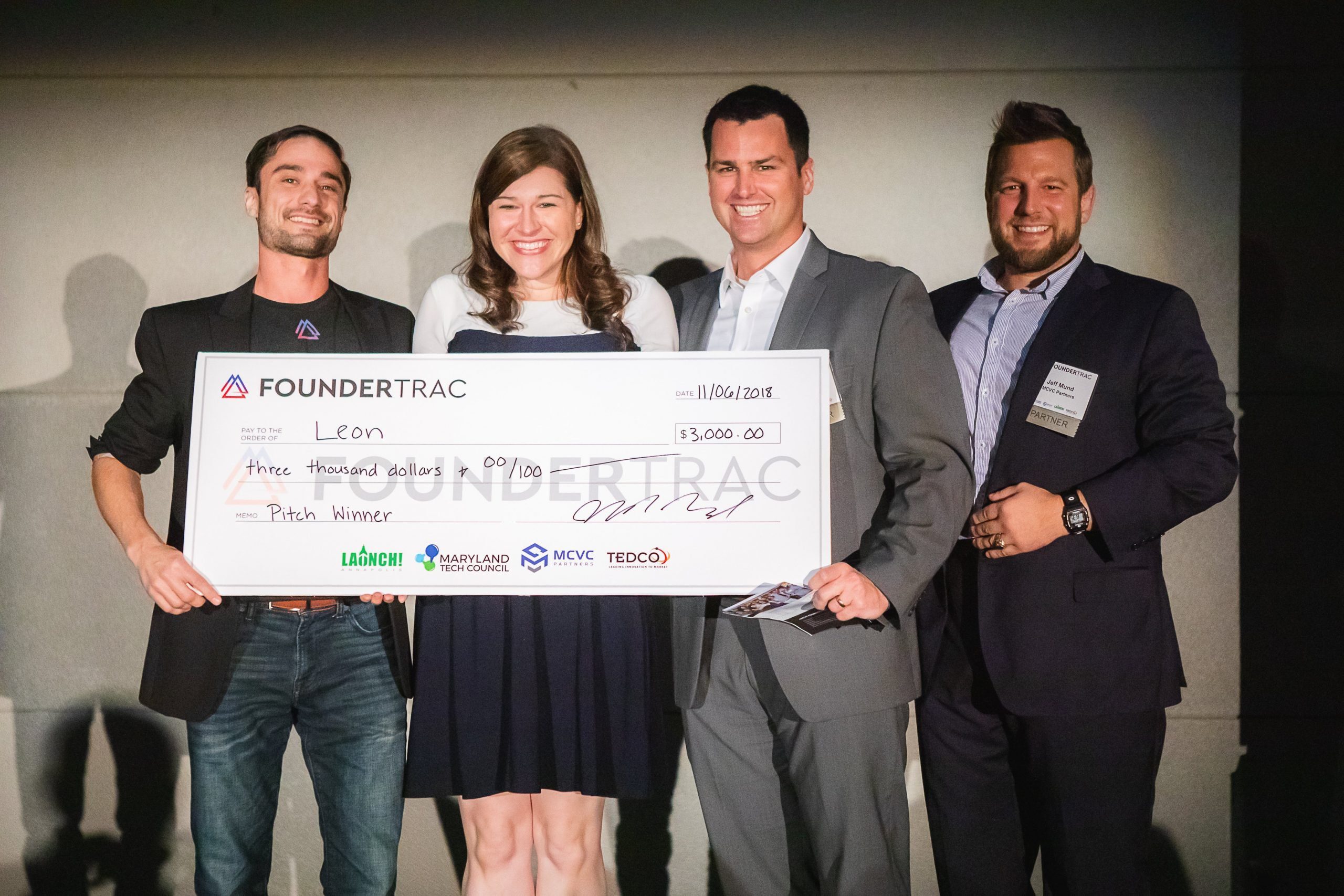 PhD students are experts when it comes to advancing knowledge, discovering new technologies, and redefining methodologies, but it’s not every day that a PhD student takes their ideas forward to build their own business!  I recently had the pleasure of talking to Deborah Hemingway, PhD, a recent graduate from the University of Maryland Biophysics department and founder and CEO of Leon Scientific, an up-and-coming biotech company that is commercializing a new microscopy technique to change the way we visualize cells.

Dr. Hemingway is also a recent graduate of FounderTrac Award, a highly competitive program aimed at providing mentorship and educational resources to budding entrepreneurs, where she won the coveted pitch competition.  As a recent UMD PhD myself (Go Terps!), I was deeply inspired by Dr. Hemingway’s drive for starting Leon Scientific and her passion for bringing amazing academic science into the public sphere.

Dr. Hemingway first got the idea for starting her own company as she was in the throes of completing her PhD.  “As I was finishing up my degree, something that I realized was that there is a LOT of amazing technology being developed within academia, but it’s rare that they ever make it out of the university,” she said.  “There are so many brilliant academic minds that could potentially change the world, but they are often held back because they lack the resources and time to push their ideas toward commercialization, especially as they’re juggling mentoring, grant writing, and teaching commitments.”  This is a common challenge for academic entrepreneurs that TEDCO’s MII program also addresses through grants and mentorship to help validate and commercialize more university technologies.

Dr. Hemingway took this observation and acted on it.  She reached out to a colleague in the UMD Office of Commercialization (OTC) to figure out how she could help make academic technologies accessible and available to the rest of the world.  “I had always been interested in entrepreneurship, as I think it’s a great way to make an impact in people’s lives.  I figured reaching out to OTC would be a good starting point to see what opportunities might exist around campus,” she said.  “My expertise are in cellular ion mechanics, so ideally I wanted to start by focusing on a field that I was familiar with.  The OTC told me they had the perfect opportunity for me, and they soon connected me with Dr. Giuliano Scarcelli from the UMD bioengineering department.”

Dr. Scarcelli is considered the father of Brillouin microscopy, a novel biomedical imaging technology that enables scientists to mechanically map living cells in 3D. “It’s basically confocal microscopy, but with the ability to measure mechanics.  This technique allows us to look at cells in an entirely new way and do experiments that were never possible before—it’s so amazing!  As Dr. Scarcelli described the tech to me, was clear that this had the potential to be world-changing for biohealth and drug development,” said Dr. Hemingway.

As she was wrapping up her dissertation, she began working closely with Dr. Scarcelli to bring the promise of Brillouin microscopy to the public.  An MII Technology Assessment Award from TEDCO helped to fund some of the early market assessment and commercialization work.  Dr. Hemingway officially established the LLC for Leon Scientific in January 2018, graduated in May, and that summer became involved in the NIH I-Corps program to help get her foot in the entrepreneurial door.

As her time with I-Corps wrapped up, she applied to participate in the FounderTrac program.  FounderTrac is an organization helps prepare entrepreneurs to become venture capital-ready. This is achieved by providing an educational curriculum, matching entrepreneurs with a hand-picked mentor, and providing access to capital.

“The FounderTrac program, supported by a 2017 TEDCO Incubator Challenge Grant, combines curriculum, research, and real-world experience to deliver a holistic training for business readiness,”shared Ryan Sears, the Founder of FounderTrac  “The program is highly competitive and receives applications from over 100 applicants–I was incredibly impressed by Dr. Hemingway’s scientific background and pitch.  Leon Scientific’s microscopy product had millions of dollars in sales pipeline lined up to sell the product and is addressing a trillion-dollar market, both of which are encouraging,” Sears elaborated.  “And at the end of the day, Leon Scientific is also helping scientists and researchers eradicate deadly diseases.  The mission of what they’re doing is incredible, and we were so stoked to have her join us.”

Dr. Hemingway discussed a few of the many ways FounderTrac helped her get her feet off the ground.  “When I walked in on my first day, FounderTrac analyzed the company against four business corridors—leadership, product, market, and financial strategy.  After identifying the areas the needed improvement, I was paired with an elite executive mentor who helped me to fill in those gaps and become a more well-rounded CEO.”

“The mentorship aspect of FounderTrac was one of the most incredible parts for me.  This isn’t a mentor who just stays on the sidelines and occasionally cheers you on—they really dig deep to challenge you and empower you in ways you couldn’t have imagined,” said Dr. Hemingway.  “If you’re looking to start a company, I cannot recommend this program enough.” 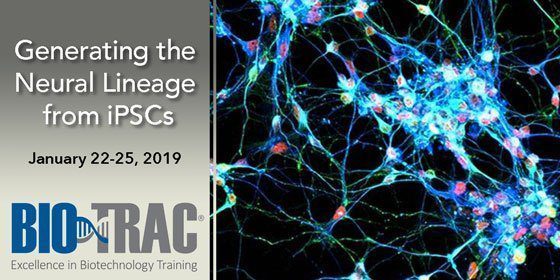 To further speak to the validation of FounderTrac’s approach—when I asked Dr. Hemingway what her biggest hurdles have been in starting Leon Scientific, she struggled to think of an answer.  “Honestly, I haven’t really had any major hurdles yet…and I really owe that to Ryan and the rest of the FounderTrac team.”

Dr. Hemingway and Leon Scientific are more than ready to take on the world.  They’re currently working with an attorney to finalize intellectual property paperwork and are expanding their manufacturing facilities in Baltimore.  Now that they’ve set their foundation, their big goal for 2019 is to deliver microscopes to their first customers.

“I am fully confident that we are going to equip the person who is eventually going to find the cure for cancer—that’s how much I believe in the power of Brillouin microscopy,” said Dr. Hemingway.  “We can’t wait to move this incredible technology forward and bring it to scientists all over the world.”

“Dr. Hemingway has an incredibly bright future ahead of her,” said Mr. Sears.  “It’s extremely difficult to be an entrepreneur, and it’s extremely difficult to get a PhD in the sciences. Women entrepreneurs often face even greater challenges—less than 2% of venture capital goes to women-founded companies.I’m very confident that Dr. Hemingway is going to break down gender barriers in the industry, not only in science but also in entrepreneurship and technology.” 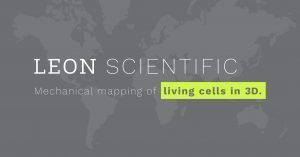 We will continue to follow Dr. Hemingway’s journey and look forward to what’s in store for Leon Scientific in the new year.  Stay tuned! 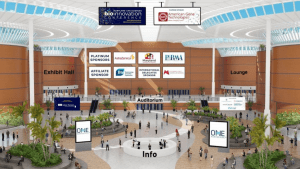 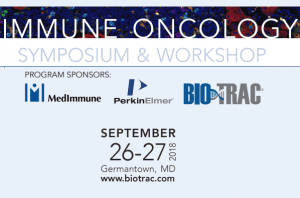 New Immune Oncology Symposium To Be Held in Montgomery County