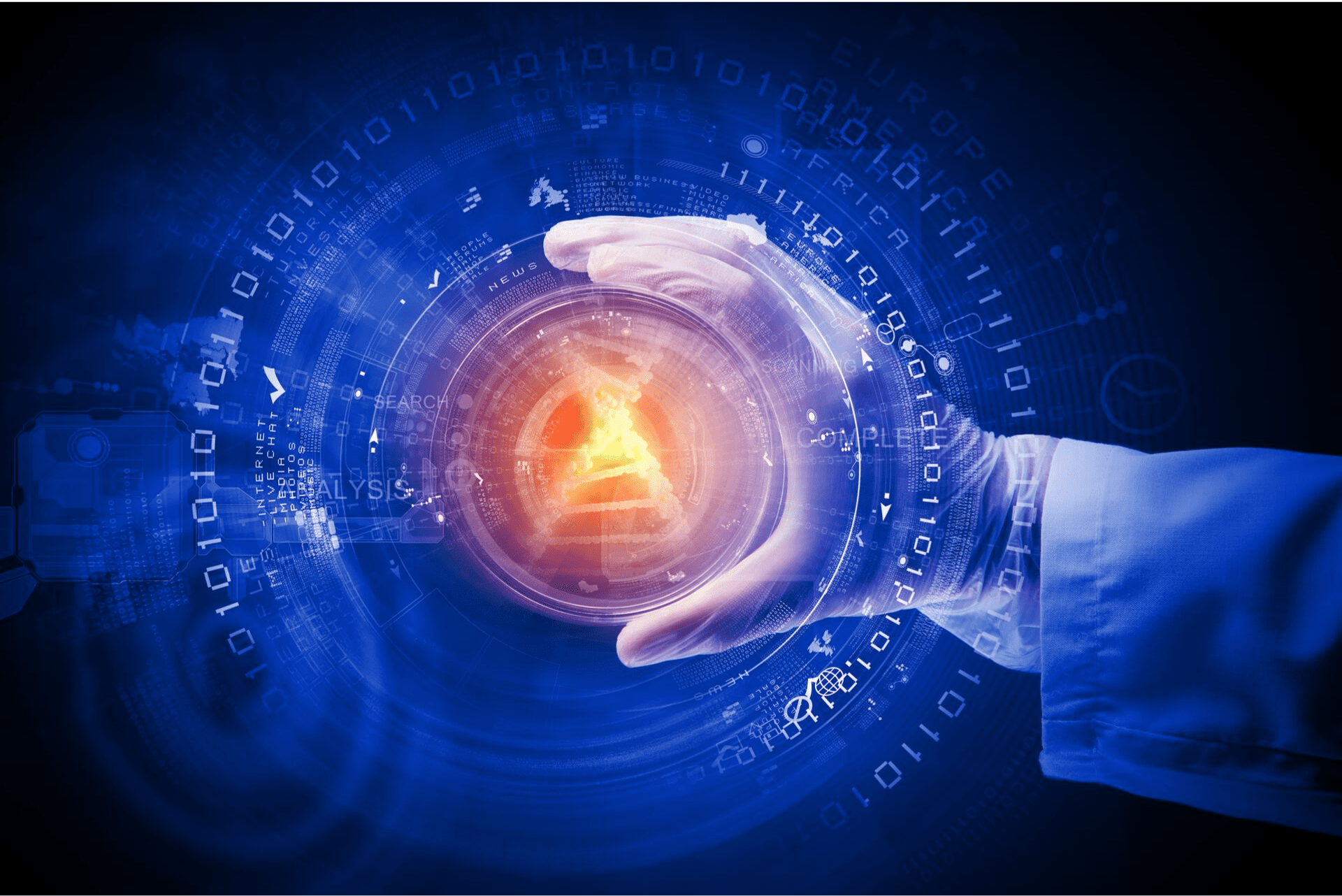 How will Cell and Gene Therapy Usher in a New Industrial Revolution?

Cell and gene therapy companies are on the verge of transforming how we treat unmet medical needs such as cancer, rare diseases, genetic disorders and diabetes, to name only a few. By using a patient’s own cells and genes to fight disease, cell and gene therapy treatments deliver highly-targeted therapies and cures for unserved and underserved patients in need of solutions to a wide variety of intractable diseases.

What was once relegated to science fiction—like the miniaturized heroes sent into a human body in the Fantastic Voyage sci-fi movie of 1966—has, to a large degree, become reality with modified cells being put into patients to act as virtual “bots” capable of clearing diseases—even cancers—from the body. New technologies are empowering science to do what would never have been thought possible years ago.

Understanding the complexities of how these novel personalized medicines actually work can be daunting and confusing for many people, especially for the patients who are in need of these new medicines and those who are non-scientific minded.

Jeff Galvin, CEO of American Gene Technologies (AGT), has helped a wide variety of audiences understand this new technology by explaining the similarities between the human cell and “an organic computer.” He explains that DNA is the operating system of the human cell. It contains “commands” for the cellular “machinery” called “genes”, which are coded in four symbols: A, G, T, and C (for the nucleotides adenine, guanine, thymine, and cytosine). The order of these nucleotides determines the instruction that a gene provides to the machine just like the order of 1’s and 0’s in your personal computer or cell phone determine the commands to be executed by the device. Galvin coined this “human computer” analogy to describe the work that his company is doing and what is actually taking place with cell and gene therapies to make new solutions for formerly unaddressable human diseases.

Galvin describes gene and cell therapy as “the software revolution for the next 100 years: reprogramming DNA in cells to improve health.”  Scientists have long understood that viruses infect cells and hijack them with new “instructions” (viral DNA) to cause disease. Over the last few decades, methods have been developed to “crack” open viruses, “scoop” out their “bad” instructions that make cells sick, and replace them with new “good” instructions that improve the operation of the cell.  “In a way, the gene and cell therapy industry is hijacking the hijacker,” says Galvin. “We are taking ‘viruses’ and converting them to ‘updates’ to fix ‘bugs’ or improve the operating system (DNA) of human cells. Just like viruses and updates on your computer work. The possibilities are endless. We can use these ‘updates’ to repair a broken gene that is the root cause of a disease, insert new instructions into cells to improve their operation allowing them to do their jobs better, clear or protect the body from disease, or even change the operation of cells to make them little ‘bots’ that can carry out functions that they would not normally do in your body, like clearing cancer.  All of these things are within the scope of ‘reprogramming the human computer.’”

AGT and the New Industrial Revolution

American Gene Technologies (AGT), a biotech company located in Rockville, Maryland, is a company where Silicon Valley tech innovation and the ‘human computer’ mindset is converging to rethink the approach to developing medicine.

AGT’s CEO Jeff Galvin has shared that he and other cell and gene therapy leaders are on a “…mission to reprogram the human computer to save lives and improve outcomes for patients fighting infectious diseases, monogenic disorders, cancer and other devastating illnesses.”

A serial tech innovator, Galvin made his mark as a Silicon Valley entrepreneur. He retired in his early 40’s in 2002. His retirement was short-lived. When Galvin discovered the groundbreaking viral vector work of the National Institute of Health’s (NIH) Dr. Roscoe Brady, he exited retirement to do what he always does: Vigorously pursue what he loves.

Galvin leapt out of retirement in 2007 to start AGT, and to continue developing Brady’s technology.

“I was very lucky to meet Roscoe Brady. When he showed me viral vectors and I realized we now had the ability to modify DNA with viruses, I immediately felt that this is the future of pharmaceuticals,” stated Galvin. “I could see the inherent power in this approach and how viral vectors could bring opportunities to new biotech companies to cure diseases that were formerly untreatable or incurable.”

Brady’s commitment to solving diseases and improving lives was also infectious.  “Dr. Brady was retiring, and it looked like this brilliant work was going to be ‘shelved.’” explains Galvin.  “I saw it as too valuable and potentially world-changing to ignore. Dr. Brady agreed to stay on as a scientific advisor and I founded AGT with the mission to find the most efficient, effective, and fastest ways to bring this cutting edge technology to patients in need.”

“A lot of what I imagined as a computer programmer and software/IT specialist coming from the West Coast is actually coming true for this technology. This vision has fortunately attracted a lot of great scientists to our company and they are doing all of the ‘rocket science.’ The concept is correct: We can use viral vectors to hijack the viruses that have been hijacking our cells for 1.5 billion years, using the inherent ability of viruses to infect cells and carry ‘malevolent’ genetic ‘code’ to deliver ‘benevolent code’ instead,”. Galvin stated.

“What I am witnessing in our part of this industry is that high tech has come to drug development. The capabilities of everything we are doing is doubling every year…it’s like the computer revolution; every year you’re getting more power while the price of the technology is going down, so you’re getting exponential growth in power and value,” Galvin commented.

“Our approach is a major shift from old-style drug development, which relies on the random generation of thousands or tens of thousands of molecules. And then you try to screen them down via a cell model that gives you the effect you’re looking for. And generally after two years and $10 million of investment, you have a few (drug programs) you can test in a mouse, and then one in 19 get into the clinic,” stated Galvin.

“What we’re doing at AGT and in the cell and gene therapy field is just different. Gene and cell therapy is about directed development. You can create highly targeted drugs that hit a specific cellular pathway and you can even narrow that down using specific promoters or chimeric envelopes so you can direct that drug to a certain cell type or even to a certain disease indicator,” stated Galvin. “By narrowing the drug to the particular tissue or particular disease indicator you are sparing all the healthy tissue, which is the main reason drugs drop out of clinical development, the side effects. Gene and cell therapy largely avoids this issue.”

“We can test some of these in cell models at the bench, then in animal models and be able to get to a go-no-go decision after $100K in investment. We might be able to characterize it so well at the bench that the clinical development becomes highly predictable. This turned out to be true with our HIV therapy,” stated Galvin.

Galvin believes that AGT’s cell and gene therapy platform will help contribute—as part of a wider cell and gene therapy revolution—to the eradication of the $2 to $4 trillion in palliative care treatment costs replaced with one-and-done cures. Viral-vector based drug development platforms like the one AGT deploys will help find new gene and cell therapy treatments and cures for the approximately 7,000 rare diseases that impact approximately one in ten people across the globe.

“The future of drug development, in my mind, is that the toolset will keep evolving like computers and software. Software developers used creativity to leverage a limited toolset to create value in the market. At AGT, we’re thinking about correcting DNA to improve human health and mitigate disease. Everything about technology is playing in our favor. If you were in computers a while ago and you saw mainframes turn into mini-computers and then micro computers you would have said, ‘Eventually we will have these things in our pocket’ and you would have been right. The same is now true about drug development,” stated Galvin, “Nearly anything will be possible in the future as this technology continues to exponentially improve.  In this high-tech revolution of gene and cell therapy, if you can dream it, you will eventually be able to do it!”

AGT is part of an evolving, growing and groundbreaking cell and gene therapy cluster thriving in the BioHealth Capital Region.

“Maryland is at the epicenter of the gene and cell therapy technological explosion… It’s all about the resources. They are starting to hit a critical mass here,” added Galvin. 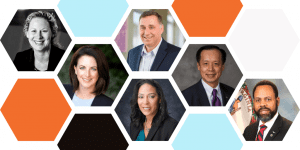 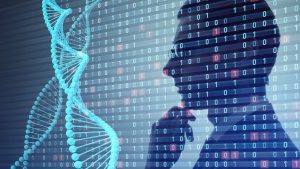