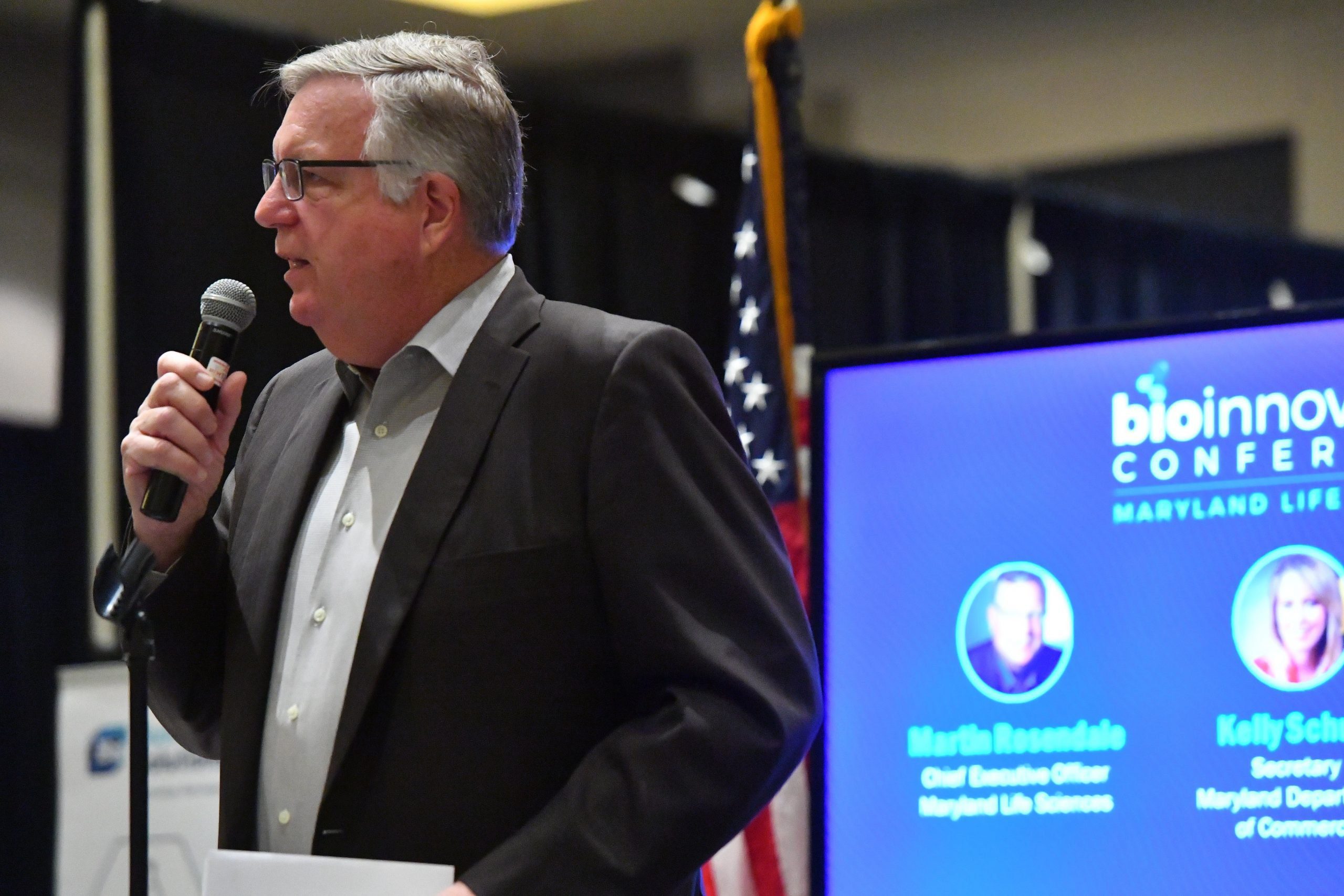 On Monday morning in Bethesda, Maryland hundreds of industry leaders emerged from a large ballroom at the inaugural Bio Innovation Conference, hosted by Maryland Life Sciences, a division of the Maryland Tech Council.

After hearing the opening remarks attendees could only have felt one of two ways – proud to be part of Maryland’s life sciences community or eager to become part of it.

Whether glad or envious, every attendee was primed for the day-long event filled with keynotes, panels and sessions made up of a ‘who’s who’ within Maryland’s cell and gene therapy and biomanufacturing industries.

Maryland Tech Council CEO Martin Rosendale, and many of his 190 life science member companies, see Maryland as the number one location to grow a biotech business, especially in cell and gene therapy. This event helped to solidify a powerful community around sharing that vision.

After introducing the event’s sponsors and partners Rosendale gave special recognition to the dozens of students in attendance. He made sure that all of the companies in attendance understood that the students who took the time to be part of the day’s event are the ones who will become the workforce that many of them will hire in the near future.

Workforce development is just one of the ways Maryland Life Sciences supports their member organizations who all desperately need highly qualified talent to be successful. Next to growth capital, access to talent is the top issue that almost all companies are facing.

The conference was also about coming together as one community to celebrate the region’s success in cell and gene therapy, support one another, and grow the region.

Rosendale recounted one of his recent CapitalM podcasts where he asked Maryland Secretary of Commerce Kelly Shulz: ‘How can we promote the BioHealth Capital Region? What can we do as business owners, entrepreneurs, and innovators?’

She answered with one word. Stories. Tell stories.

From the stage, Secretary Shulz reiterated that.

“Share stories and talk about all the great things that are happening in Maryland, particularly in biotech and life sciences.”

Maryland ranks high among the states in life sciences. Fourth, in fact,  according to GEN’s list of Top 10 BioPharma Clusters. We’re very close to number three, she said. “And we’re heading to number one.”

Secretary Shulz emphasized the value of life science businesses to the state of Maryland.  She wanted the students in the room to understand there was real opportunity in Maryland’s growing life sciences industry.  According to the Secretary, the industry pays about $4.9 billion in wages within the state. “Not a bad little career considering the average salary in life sciences is around $110,000. These are good jobs. They’re meaningful jobs,” she shared.

Secretary Schulz introduced one of Maryland’s prominent CEO’s to share the day’s first story. A veteran of Silicon Valley, he came out of retirement to fund and found what is on its way to becoming yet another successful Maryland company: CEO of American Gene Technologies (AGT), Jeff Galvin.

Galvin opened with a major announcement.

AGT has completed its first  Investigational New Drug (IND) application for its HIV gene therapy and is on-track to submit it to the U.S. Food and Drug Administration (FDA).  If cleared AGT will be ready to advance its patented lead candidate for an HIV cure into the clinic.

“In gene and cell therapy, the human trials are much more predictable than the old styles of drug development. So I’ll tell you, I’m 90% confident that in the next year, a company, in Maryland, will cure HIV. And that’s a bold statement,” Galvin announced.

Jeff Galvin shared with attendees that the T cells they put back into the body have the potential to protect an HIV infected individual from HIV. They become “permanently immune to their own disease. They can never progress to AIDS. They don’t have to take any additional meds. They can never be contagious, and they can never re-contract” HIV.

Why is this all happening in Maryland? Galvin cites three important factors.

Galvin regards the BioHealth Capital Region, this “amazing area chock full of technology,” at the epicenter of gene and cell therapy.  The Human Genome Project took place here, NIH is here, along with the University of Maryland, Johns Hopkins, and many great government research institutes and programs.  With utter confidence, Galvin believes, “we can make Maryland number one together.”

Galvin’s enthusiasm seemed to fuel attendees with a level of excitement and energy that lasted throughout the whole day.

As Secretary Shulz recommended, the day was filled with stories. Everywhere you turned both panelists and attendees alike were sharing stories about their journeys in cell and gene therapy, what they were working on, and what excites them about the future of life science in Maryland.  Some of the most valuable stories though were about the challenges and failures on the way to success.

One way attendees had the opportunity to share their stories was through the BIO One-on-One Partnering™ program. Touted as the most efficient way to do business in the life sciences industry, the system helped attendees to identify new potential partners, and request meetings with prospective investors and senior business development executives.

The result was hundreds of one-on-on partnering meetings that happened throughout the day making this event not only inspirational and educational but a place where deals were getting done to move businesses forward.

Another highlight was Keynote speaker, NIH NHLBI’s John Tisdale, MD, a pioneer in the field who has spent twenty years dedicated to researching, treating and potentially curing Sickle Cell Anemia, a disease leading to the deaths of millions around the world. Tisdale spoke about why more efforts need to be invested in curing Sickle Cell and how advances in cell and gene therapies are now making the possibility of a cure become all that more probable.

What made this Keynote even more remarkable is that Tisdale’s wish came closer to a reality that very day. Local-company, MaxCyte, run by conference participant and CEO Doug Doerfler, had just announced a new collaboration with Editas Medicine, Inc. to help advance an experimental CRISPR medicine designed to durably treat sickle cell disease and beta-thalassemia. It was quite fitting that Doerfler was the one who introduced Tisdale’s keynote.

Other highlights included JLABS @ Washington DC’s Michelle McMurry-Heath, MD, PhD, as another keynote speaker, a workshop on attracting and retaining talent that engaged an audience of more than 60 people, and several sessions on cell and gene therapy, biomanufacturing, and investment and commercialization strategies.

During the day, attendees took their pride in being part of the Maryland life sciences community, or their desire to become part of it, into what became a highly successful first Bio Innovation Conference.

As Rosendale concluded in MTC’s post-conference press release, “The energy was high, and the feedback from attendees was positive. I believe the conference further demonstrates that this region has EXACTLY what it takes to be the number one life sciences hub.”

Sherilyn is a freelance writer focused on connecting life science companies, patients, partners, and prospects. For over 20 years she has inspired engagement and action through writing in pharma sales management, storytelling, and content creation. 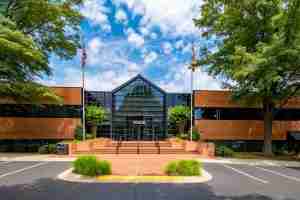 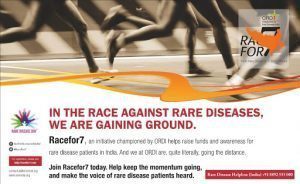 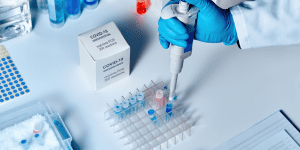