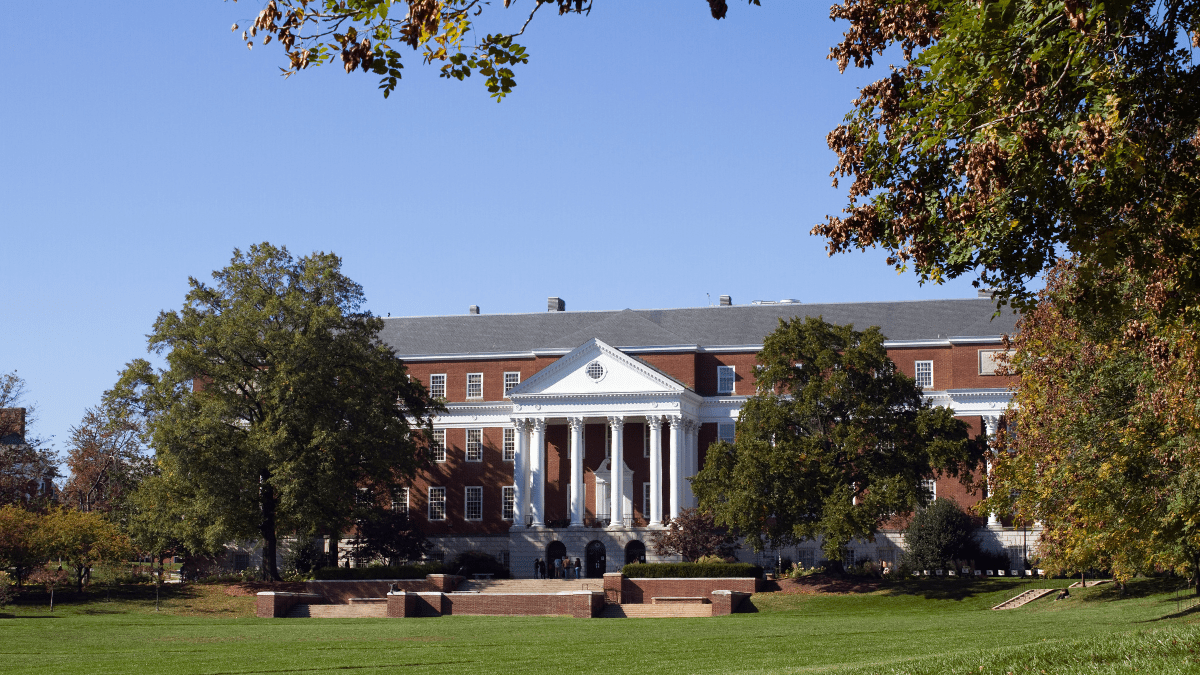 During an unprecedented public health crisis, when dozens of local biotech employers are increasing their hiring in order to support COVID-19 testing, vaccine, and treatment development programs, the Biotechnology Research & Education Program’s (BREP) work has been more important than ever. However, it was recently announced that the University of Maryland (UMD) has decided to close the respected program.

On July 1, 2020, BREP’s research equipment fell silent and its doors were shut, severing an invaluable talent pipeline for the region, eliminating a precious early-stage development resource for many emerging local life science companies, and stunting the workforce development of the next generation of biomanufacturing and bioprocessing leaders.

Since its inception in 1985, BREP has produced over 130 graduates from their ‘work-study’ program, which gives about 12 students each year cGMP-like industry experience on the most relevant technologies and processes. The program had a 100% job placement rate, from which undergraduates have received annual starting salaries of $5,000-10,000 above the industry average and that of their non-experienced peers.  Another 80 or so UMD students each year enroll in a biopharma course that provides industry-relevant education and training through the BREP program resources.

The final undergraduate courses offered will be completed by the end of July.

The A. James Clark School of Engineering at UMD, which housed the BREP program, has a deep history of producing remarkable engineers, scientists, life science professionals and entrepreneurs that have shaped the region for well over a century. BREP alumni have helped the BHCR ascend to top biohealth cluster status and can be found making important contributions at companies like Catalent, REGENXBIO, GSK, AstraZeneca, Biofactura, Hogan Lovells LLP and many other prominent organizations in the region.

“My career and my company, BioFactura, began at the Bioprocess Scale-up Facility or BSF,” shared BioFactura CEO, Darryl Sampey, PhD, in a 2019 quote for the program’s alumni recognition website. “The Biotechnology Research and Education Program has been and is now a key driving force in sparking and growing the biotech and life sciences industries in Maryland.  Their programs and students are a key component of the lifeblood that sustains the system inspiring new ventures, supporting growing enterprises and attracting some of the largest corporations to the state.  These critical people and endeavors that launch from and orbit around the BREP bring thousands of high-paying jobs to the region and bring life-saving innovation to the world in the form of new cures and treatments.”

Since 1998, BREP has also conducted some 1,500 biopharma research projects, serving as the development arm for BHCR companies like MedImmune, Paragon Bioservices, Martek, BioFactura, and other emerging companies, propelling them on to future growth and success. Three of these companies went on to billion-dollar exits — MedImmune (acquired by AstraZeneca for $15.6B), Paragon BioServices (acquired by Catalent for $1.2B) and Martek (acquired by DSM for $1.1B).

The new President of the University of Maryland, Dr. Darryll J. Pines, was formerly Dean of the Clark School of Engineering before being appointed into his current role, and sources confirm that he was aware of the clear track record of success that BREP had accomplished.  So why would UMD cut such an important program under his new watch? And, what does that say about the university’s ongoing commitment to the state’s biotech and life sciences sector, which is one of the region’s top industries?

Earlier this year, when we first began following this story, BioBuzz reached out to then Dean Pines, along with several other top officials at UMD to gather further details from the administration. We did not receive a response to our inquiries.

We did speak with Ben Woodard, BREP’s former Program Director and a BREP alumni himself, who implored, “This isn’t about a demand for a higher salary, it’s not about needing more money for equipment. I just want to teach this very relevant topic to students. It makes a difference for them and for the companies that hire them.  I’ve been trying to get students, alumni and industry engaged, and it seems that everyone sees BREP’s value. Yet, we are stuck in the middle, and we just can’t seem to get through to people to fix this. Kevin and I (and our students) put so much hard work into this program for years and we still feel this program is worth saving.”

“There were two state budget lines for BREP that paid our salaries. We tried to move these state budget lines to UMBC and to UMB but the University of Maryland, College Park told both that they had to pay for BREP out of pocket and that they wouldn’t transfer the lines to another state university,” Woodard stated. “We were so close to finding a new home at UMBC”

“We’ve tried grassroots tactics like the 125th anniversary celebration to showcase what we do and what we’ve done, but there’s just no business case that can sustain this model because of the way we were set up… We are a cost recovery program.  We are restricted to doing one task at a time.  It’s like if you’re a baker and you have three ovens but you’re only allowed to bake one cake at a time,” he added.

In October 2019, Woodard began seeing warning signs that BREP was at risk. The program had a project stuck in the pipeline that wasn’t approved and Woodard found out the project was put on hold by the Maryland Technology Enterprise Institute (Mtech). Woodard was then told that this would be BREP’s last project because, according to Woodard, UMD leadership said “…you guys don’t make any money so we’ll need to figure out what to do with you.”

Woodard, Knapstein and BREP were stuck in limbo for a few weeks while UMD pondered what to do with the program. UMD eventually narrowed BREP’s focus down to a project called Spider 2 and two other National Institute for Innovation in Manufacturing Biopharmaceuticals (NIIMBL) projects, both of which were on the verge of receiving funding approval, as per Woodard.

“In the few days before the last stage of one of the NIIMBL proposals, already passing three stages of acceptance, UMD told me they wouldn’t sign off on two final project proposals that would have been worth approximately $660K. I had to call our industry partners (Lab Owl, Merck, IAAE) to let them know that we would no longer be submitting those proposals”, stated Woodard. Woodard continued, saying he felt “especially bad” for Lab Owl who he had convinced to join NIIMBL due to the perceived potential success of one of the grants.

Then, six weeks into the start of the Spider 2 project the pandemic hit and everything stalled until BREP was restarted to work on a COVID-19-related project in mid-April.

At the end of April, Woodard received an email that said the biopharma class he had been teaching for 15 years was being cancelled.

“I found out that the biopharm course Kevin and I have taught for a dozen or so years was canceled, at the request of the head of Mtech finance, not my boss. We eventually fought to get the class reinstated. I’m happy to add that we just completed the class and were able to conduct a laboratory class in an online environment.  The students loved it,” Woodard added. Woodard’s biopharma class has placed several dozens of students in industry across its history and has widely been viewed as the best biopharma focused class at UMD, if not in the state.

There are multiple avenues by which future life science industry talent comes through BREP-related programming. BREP is one part of the pipeline, but Woodard’s biopharma class also teaches 60-80 students a year and its workforce development program trains up to 15-16 adults per year. BREP had about 12 interns participate in the program annually.

“Our internships allowed students to work on specific projects and meet the companies we work for. The contract work really dictates current best technologies. If we’re making a protein for a client, it’s relevant to the bio-industry today. Our interns learn that process, and subsequently are primed to go right into industry and are more attractive to companies,” stated Woodard.

About 120 bioengineering and biochemistry students graduate from UMD annually. Compared to other workforce training at other organizations and other university biotech degree programs, BREP and the A. James Clark School of Engineering produce an unrivaled number of post-graduate life science job placements and graduates in the field.

BREP’s 125th intern Amanda Marques, who is now a Process Engineer at Catalent Pharma Solutions, had this to say about her time in the BREP program: “It goes without saying that working at the BSF and the BAF (BREP’s two facilities) have been vital in pushing my career forward in the biopharma industry. The work that I have done has directly translated to my desired career. I can honestly say that in the six months working here I have learned more doing hands-on lab work than I ever could have in a classroom.”

Marques’s experience is just one of many BREP success stories, which will not be available to future UMD biology, biochemistry, materials and bioengineering students. UMD’s decision to close BREP follows on Johns Hopkins’ decision to close its Biotechnology Center in Rockville this summer, which is yet another hit to the region’s biotech and biopharma workforce infrastructure that needs to be maintaining or expanding not contracting at this pivotal moment for the region.

However, the life science workforce development ecosystem is more important than ever as the region and country navigate COVID-19 while attempting to prepare for future pandemics that are, in the opinion of most public health experts, sure to come. Closing successful programs like BREP appears at odds with what the BHCR and the country need right now and what they will need well into the future — a fertile life science talent pipeline producing new researchers, innovators, future executive leaders and entrepreneurs that will advance biotech manufacturing and the development of new and novel diagnostics, therapies and crucial vaccines for the public good. 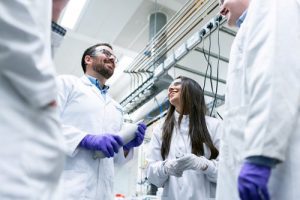 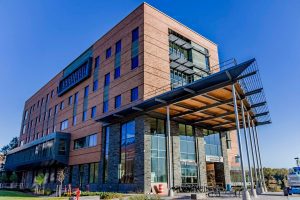 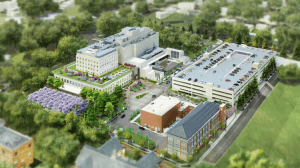