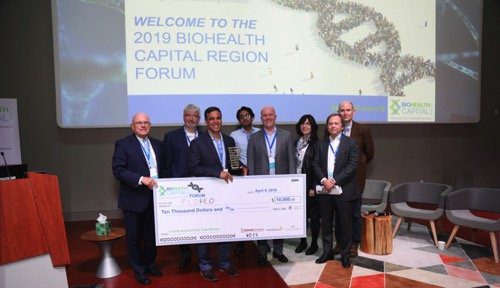 Where Are They Now: Recent Pitch Competition Winners in The BioHealth Capital Region

At the close of the 2019 BioHealth Capital Region Forum in April, Floreo Inc. was announced as the winner of the BioHealth Innovation’s 4th annual Crab Trap Competition and the $10,000 grand prize provided by WSGR. Floreo, Inc., which is “…using the power of virtual reality to deliver immersive, fun, and affordable lessons for children and adults with autism spectrum disorder (ASD)…”, was selected by the judges from a group of five finalists.

While it’s a bit early to chronicle Floreo, Inc.’s accomplishments since their Crab Trap Competition victory, the BioBuzz team thought it might interesting to see where a few prior pitch competition winners are today.

Let’s take a look at some prior winners and see where they are now:

Shortly after it’s big Crab Trap win in 2016, Sonavex was named the 2016 Incubator Company of the Year and raised $3M in financing, including a $2.2M closed Series A round in April 2017. Several investors, including TEDCO, were involved in the Series A round.

In June 2018, the Johns Hopkins University (JHU) spinoff company announced that it received 510(k) clearance from the U.S. Food and Drug Administration (FDA) to market its EchoMark and EchoMark LP soft tissue markers. Most recently, in March 2019, Sonavex announced it received 510(k) clearance from the FDA for its EchoSure device to deliver definitive blood flow data on demand.

The company now has two point-of-care ultrasound solutions on the market that improve the use of surgical ultrasound’s ability to quantify and visualize critical clinical data for surgeons who need reliable information on-demand.

Another JHU start up, LifeSprout, won the BHCR Forum Crab Trap competition for their soft tissue replacement technology pitch. According to a BioHealth Innovation press release, LifeSprout’s product will potentially offer “…next-generation of synthetic soft tissue substitutes for aesthetic and reconstructive medicine. Their first-in-class bioresorbable, nanofiber-hydrogel composites are formulated to match the stiffness of native soft tissues without compromising their porosity.”

Seven months following the Crab Trap win, LifeSprout received $600,000 in stem cell funding from TEDCO and in June 2018 the company announced it had raised a total of $6.5M in funding from multiple investors. In April 2019, LifeSprout announced that it was leaving JHU’s FastForward 1812 incubator and moving into the Port Covington’s LaunchPort at City Garage.

According to Technically Baltimore, LifeSprout is currently “…working toward clinical trials of its first product next year and regulatory approval.”

Another JHU spinout Galen Robotics walked away with the Crab Trap win in 2018 for its impressive presentation on their “…low-cost, compact, and intuitive to use novel microsurgical robotic platform designed to assist surgeons with minimally-invasive applications in otolaryngology, neurosurgery and similar critical fields.” (Baltimore CityBizList)

The company was founded in 2016 in an effort to commercialize the Robotic ENT Microsurgical System (REMS) invented by Dr. Kevin Olds and Dr. Russell Taylor at JHU to prevent complications caused by hand tremors in minimally invasive otolaryngological interventions.

Since their Crab Trap win, the Galen Robotics team has been active on the pitch competition scene and Chief Technology Officer and Co-Founder Dave Saunders has been extremely active on the conference circuit. He has presented at the MD&M (Medical Designs & Manufacturing) East conference and participated on a panel on “How Artificial Intelligence is Moving the Needle in Medtech” at a BIOMEDevice event. Most recently, Saunders was a featured speaker at MD&M West and at the China Healthcare Investment Conference in March 2019.

In late 2018, KBV Research published a report entitled, “Surgical Robotics Market.” This report projected the surgical robotics market to be $98 billion by 2024. Galen Robotics is well positioned as a key opinion leader and innovator in this space for future success.

Remedy Plan Therapeutics won the Maryland Tech Council (MTC) Bio + Tech18 Conference’s inaugural pitch competition award. Remedy Plan Therapeutics, located in Rockville, MD, is a biotechnology company developing drugs that target cancer stem cells to inhibit tumor growth and proliferation. Shortly before the company’s pitch win, it was named the 2018 MTC Mentee Company of the Year. According to Crunchbase, the company has raised $4.9M in funding, which includes $100K in crowdfunded seed capital and $1.5M in funding received in November 2018.

ClearMask, located in Baltimore, MD, was founded in 2016 and is a medical device company that has developed a transparent surgical mask that provides full face visibility for patients. The ClearMask™ is designed to improve communication for all patients, and will specifically assist hard of hearing and deaf patients communicate better with caregivers. In October 2018, ClearMask won the Shore Hatchery Competition at Salisbury University, taking home a $30K award.

A few months later, ClearMask, represented by CEO Aaron Hsu, participated in Google’s 2019 Startup Grind Global Conference in Silicon Valley. ClearMask was among 250 startups invited to attend the conference from a pool of 5,000 global applicants. ClearMask also placed into the top 50 special cohort of “the best of the best,” and Hsu received an opportunity to share ClearMask’s story and product on the conferences’ main stage.

Congrats to the success and growth that these past competition winners are now achieving. 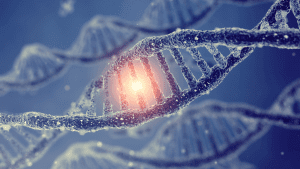 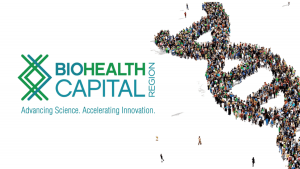