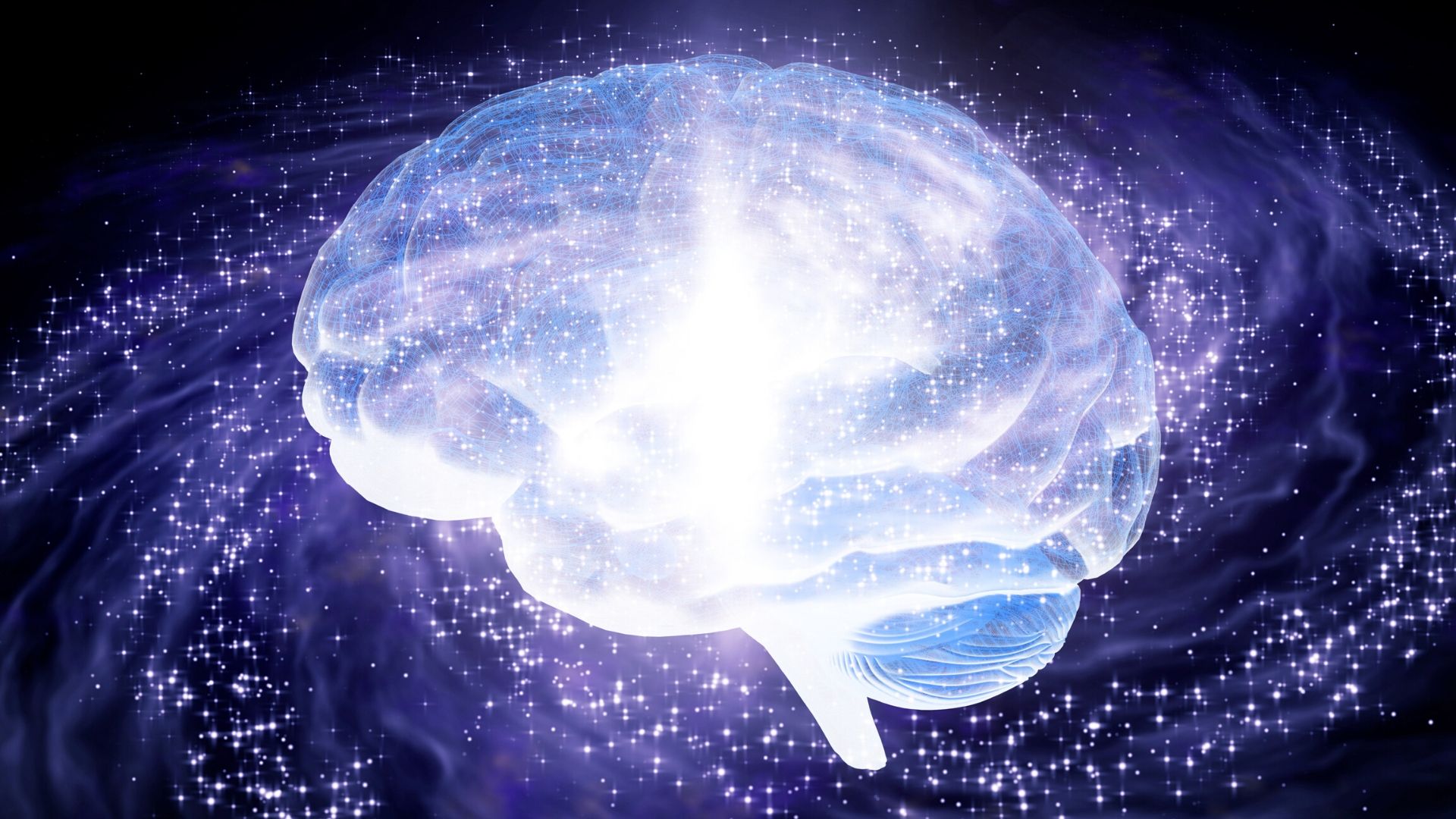 A Maryland-based biotechnology firm seems to have solved a puzzling issue for drug targeting and delivery that may usher in an era of gene therapies for neurological disorders. Rockville, Maryland’s REGENXBIO’s NAV Technology Platform provides the ability to treat neurological disorders by targeting specific disease-related genes or gene products. Their patented technology glides across the blood-brain barrier (BBB) without triggering the patient’s immune system as with unengineered adeno-associated virus (AAV)-derived vectors, providing localized gene delivery with few side effects.

The BBB produces one of the top challenges that make it difficult to develop treatments for neurological diseases. The barrier effectively blocks most drugs infused in the blood from getting into the brain, spinal cord or optic nerve to deliver their treatment payload to the right target. Overcoming that challenge is a major step forward for the field that opens up a brand new era of possibility for new treatments and cures for many neurological diseases.

The demand for neurological disease therapies has increased in step with the growing age-related health care burden, and so has the potential market size.  With the aging of the baby-boomer population, the market for new therapies and cures has grown exponentially.  Today’s central nervous system (CNS) disease market may be on the verge of experiencing the same boom that drove the Cancer Therapy market from $24B to over $133B between 2004 and 2017.

CNS diseases affect approximately 1B people worldwide, according to the World Health Organization (WHO). The global CNS disease market is expected to grow to $128.9B by 2025. With innovation and the potential to cure neurological diseases at all time high, investors and biopharma collaborators are starting to take notice of new gene and cell therapy technologies as viable catalysts for growth.

This is already starting to happen.

It was REGENXBIO’s NAV Technology Platform that Avexis licensed to develop ZOLGENSMA, the first cure for spinal muscular atrophy (SMA) and a monumental triumph of modern medicine. SMA is a fatal childhood neuromuscular disease caused by a mutation in a single gene. The $2.1M Food and Drug Association (FDA)-approved therapy is the result of a collaboration of Novartis, Avexis, and REGENXBIO and is also only one of two gene therapies with neurological indications worldwide.

ZOLGENSMA’s success is the de facto blueprint for biotechnology companies with their sights set on treating neurological diseases, a therapeutic area of great unmet medical need with a growing market.

Here is a look at five companies in Maryland that could be on the forefront of the CNS biotech boom.

Beyond ZOLGENSMA, REGENXBIO has 16 other licensed product candidates for CNS indications that are moving through clinical trials, including one in Phase III and six in Phase I/II.

REGENXBIO entered into licensing agreements with Lysogene and Sarepta Therapeutics to develop, LYS-SAF302, the only Mucopolysaccharidosis Type IIIA (MPS IIIA) treatment currently in a Phase III trial. MPS IIIA, also known as Sanfilippo syndrome, is a group of rare genetic lysosomal storage diseases with no approved treatments. MPS III is characterized by aggressive behavior, seizures, loss of speech or vision, an inability to sleep, and premature death. An estimated 70% of children with MPS III do not reach age 18.

The six Phase I/II trials include various licensing agreements for the potential treatment of Spinal Muscular Atrophy (SMA) Type II and III, a type of Parkinson’s disease, two other potential treatments for MPS IIIA, one for MPS IIIB, and another the infantile disease known as ceroid lipofuscinosis neuronal 1 (CLN1).

Neuronascent of Clarksville, Maryland announced the FDA clearance of its investigational new drug (IND) application for its oral glia-to-neuron conversion drug, NNI-362, in May 2019 and began placebo-controlled Phase IA trials in August 2019. The company, founded by CEO Judith Kelleher-Andersson, PhD, received $2.5M in the fall of 2018 from the National Institute on Aging (NIA) and is expected to report primary outcomes in April 2020.

Recently, a preclinical study demonstrated that embryonic cells can restore cognitive function and reduce seizures following traumatic brain injury (TBI). These promising results indicate that cellular replacement may be possible in the nervous system despite its intrinsic complexity.

Innovators at the forefront of biotechnology may be set to develop and test therapies that replenish lost brain cells, but only time will tell if programing and/or regrowing a patient’s lost cells can safely and effectively cure neurological diseases.

AgeneBio is a Baltimore-based pharmaceutical company that was spun out of Johns Hopkins University in 2008. The company’s late-stage clinical pipeline consists of novel drugs being tested for their ability to restore brain function in patients living with neurodegenerative diseases.

AGB101, the company’s lead drug, is a candidate therapy for mild cognitive impairment (MCI) caused by Alzheimer’s disease and is currently in a Phase III pivotal trial that is being funded by the Alzheimer’s Drug Discovery Foundation and the NIA. AGB101 is an FDA-approved anticonvulsant drug, levetiracetam, in a proprietary extended-release formulation that targets hyperactivity specifically in the hippocampus.

“This class of drugs shows great promise, not only for their potential to treat the early symptoms of [Alzheimer’s disease], but also for their ability to address other unmet patient needs in autism and schizophrenia,” Michela Gallagher, CEO of AgeneBio, said in a statement.

Neuraly, another Johns Hopkins success story, is biopharmaceutical company founded in 2016. In 2019, the company was acquired by the global biotech company D&D Pharmatech. The novel compounds in Neuraly’s discovery and early clinical pipelines target pathways involved in neurodegenerative disorders.

Since no currently available drugs cure degenerative brain diseases, symptom reduction or delay of disease progression are desired outcomes for drug makers. Neuraly’s lead compound, NLY01, aims to slow disease progression by inhibiting a negative form of glial cell activation that produces neurotoxicity in the brain. NLY01 is being tested for indications in Parkinson’s disease and Alzheimer’s disease in separate Phase I trials.

After raising a $137M Series B investment in August 2019, Dr. Sung Mook Lim, CEO of D&D Pharmatech stated, “The Johns Hopkins-based scientific leadership across our family of companies has been instrumental in elucidating the underlying mechanisms at the core of neurodegenerative and fibrotic diseases. Leveraging these insights, our teams have identified potentially game-changing therapeutics based on the central hypotheses for these conditions.”

As with ZOLGENSMA, early diagnosis and treatment may increase the therapeutic potential of drugs targeting the nervous system. Therefore, companies targeting neurodegenerative diseases and patients suffering from them stand to win when safe and effective early diagnostic technologies are commercialized.

NeuroDiagnostics, LLC, based in Rockville, Maryland has created DISCERN, a test that they claim reduces the time to diagnosis and provides highly accurate results when diagnosing Alzheimer’s disease. A major challenge of diagnosis has previously been the difficulty of distinguishing Alzheimer’s disease from other illnesses as the therapeutic window narrows.

The DISCERN test uses a small skin sample to biopsy fibroblasts, which are connective tissue cells that are affected in some inherited forms of neurodegenerative diseases. These cells are examined off-site for the presence of Alzheimer’s disease hallmarks like diminished capacity to activate checkpoint proteins. Successful early detection via potential diagnostics could have a significant impact on the research and development (R&D) costs and efficacy of CNS treatments.

Companies aiming to diagnose neurological diseases from peripheral blood, skin, or other minimally-invasive tissues can expect an overall lower cost burden on the path to commercialization. Since diagnostic tests like these do not typically require clinical trials to enter the market, they represent accessible products to create, license, and commercialize that leverage the collective knowledge of biomarker biology to serve the growing need for early detection technologies that are accurate, painless, inexpensive, and straightforward.

Diagnostics that meet these criteria are in high demand as the population continues to age.  The CNS biomarker industry is valued at $5.1B in 2019 worldwide, a step up from $3.1B in 2015.

Gene and cell therapies that specifically target defective cells or replace dead cells may be good candidates for curing degenerative neurological diseases, but their efficacy and safety in humans patients has not been fully demonstrated yet. There are more than 2,000 clinical trials for interventional neurological disorders in the United States according to the National Institutes of Health’s database.

Whichever CNS therapies pull ahead of the pack, early detection will certainly play a key role in their success.

With neurological diseases such as Alzheimer’s, Parkinson’s disease, SMA, and others on the rise, the industry’s successes and failures will impact millions of patients worldwide. Several Maryland life science companies will likely be at the forefront of the CNS biotech boom. 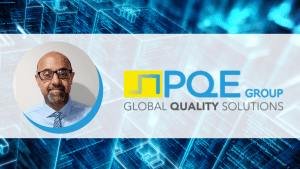 The COVID-19 Pandemic’s Impact on Lab Assessments and Audits, and the Resulting Virtual Evolution 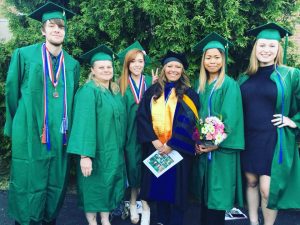