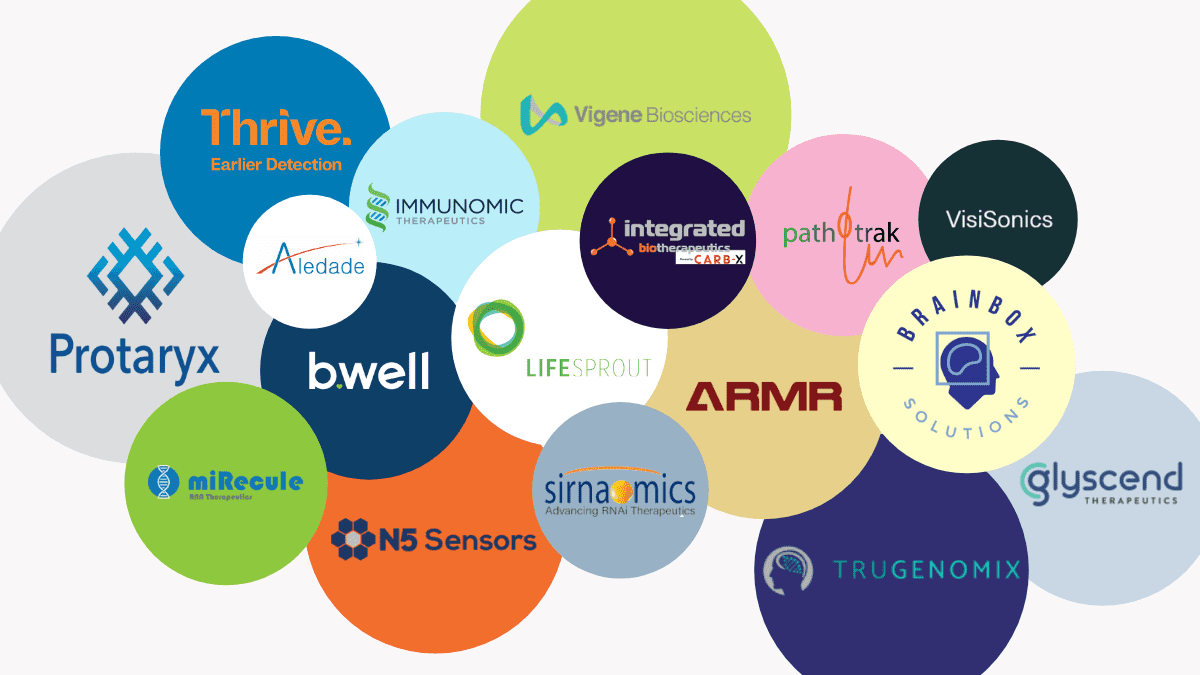 This has certainly been a year unlike any other for BioHealth Capital Region (BHCR) life science companies of all sizes and kinds. Just a few months into 2020, the coronavirus pandemic swept the region, seriously disrupting, albeit temporarily, the best-laid plans of aspiring founders, entrepreneurs, emerging startups, pre-clinical and more established, larger biohealth organizations in Virginia, Washington, D.C., and Maryland.

The regional life science ecosystem was prepared and pivoted rapidly to not only ensure continued operations, but also to redirect resources, talent and technologies to creating testing, developing COVID-19 therapies and progressing SARS-CoV-2 vaccine candidates.

The BHCR life science community has been remarkably resilient and innovative during this time, for certain, despite myriad challenges caused by COVID-19 across VC funding, the supply chain, and clinical trials, to name just a few.

Despite all of the tumult and turmoil, VC funding deals are still getting done in the BHCR, though perhaps currently on a slightly slower pace and scale.

With that, let’s take a look at funding deals that were announced in the BHCR 2020, the year of the pandemic.

Note: Second half of 2020 funding news is listed at the beginning of the story from most recent (December) to least recent (July).

Note: This story doesn’t include government funding related to vaccines or other initiatives.

In early December 2020, BRAINBox Solutions announced the initial closing on a $23M Series A financing to support the clinical development of the company’s BRAINBox TBI (Traumatic Brain Injury) Test to aid both in the diagnosis and prognosis of mild TBI (concussion).  BioVentures Investors led the financing round and was joined by the Tauber Foundation, the Virginia Tech Carilion Innovation and Seed Funds, Genoa VC, Pharmakon Holdings LLC, Astia Angels, and additional qualified investors, including Kevin Love, professional basketball player, and mental health advocate.

VisiSonics, a nine-year old company with ties to the University of Maryland, announced in early December 2020 that it had secured $3.5M in funding, including $500K from the Maryland Momentum Fund, which backs startups with ties to the state’s public higher ed community. VisiSonics is an early stage company that develops spatial audio technology and personalization software for audio playback, as well as hardware and software for audio capture and analytics.

Gaithersburg, Maryland’s Sernaomics announced in November that it had secured $105M in Series D funding. The funding round was co-led by existing investor Rotating Boulder Fund, and included new investor Walvax Biotechnology Co. Ltd. and Sunshine Riverhead Capital. The company develops RNAi therapeutics for the treatment of cancer and fibrosis diseases. Sirnaomics will deploy the funds into its R&D process for its RNAi therapeutics.

Veteran-owned and operated TruGenomix announced that it had received $100K funding and support from Google’s Startups Black Founders Fund. The company plans to use this funding and support to “further advance its efforts to bring earlier diagnosis and treatment for behavioral health disorders like PTSD to military, veterans, first responders, healthcare workers, and trauma-exposed communities at large”, according to the company’s website. In September 2020, the company announced it had secured $1.8M in seed funding in a round led by Sanford Health and Viking Global.

Rockville’s N5 Sensors, Rockville-based N5 Sensors Inc., a company developing smart, microscale, wearable sensors to detect gas, chemicals and additional environmental conditions for a variety of applications, announced in November 2020 that it had received $1M in funding that included $300K in funds from the Maryland Momentum Fund with the remaining funds coming from Blu Venture Funds and others.

In August 2020, miRecule announced it had received $250K in funding from the Maryland Momentum Fund, which added to its 2020 funding tally, which included a seed round of $3.5M that included  lead investor Alexandria Venture Investments, Pathway Bioventures, Alumni Ventures Group, and angel investors. miRecule, which is located in Gaithersburg, Maryland, is in an emerging biotech company with a cutting-edge discovery platform to create RNA therapeutics.

In August 2020, Thrive Earlier Detection, a novel cancer diagnostics developer, announced it had raised $257M in Series B funding, bringing its VC funding total to $360M since it launched in 2019. The Series B round was led by New York’s Casdin Capital and California’s Section 32. The company plans to deploy this new funding to advance its liquid blood biopsy test that can detect multiple cancer types; the product is called CancerSEEK.

Baltimore, Maryland’s Protaryx Medical announced in July 2020 that it had raised $8.3M in funding, including a $3.1M seed round and a $5.1M Series A round led by Ajax Health and including funds from UM Ventures. According to the company’s press release, the funding will be used “to develop the company’s first-in-class device for precision transseptal access to the left atrium during structural heart and catheter ablation procedures.”

Baltimore, Maryland’s Glyscend Therapeutics announced in June 2020 that it had secured $20.5M in Series A financing to advance its novel Oral Polymer Therapy for Type 2 Diabetes. Brandon Capital Partners and Santé Ventures led the round of funding.

Immunomic Therapeutics Incorporated (ITI), located in Rockville, Maryland recently announced it had closed on $61.3M in financing, exceeding its initial fundraising projections by over $11M. The Korean investment group HLB Co., LTD led the financing round, which is just the latest accomplishment for the clinical-stage biotechnology company that launched in 2006.

LifeSprout, a privately-held regenerative medicine company located in Baltimore, Maryland, recently announced the closing of a $28.5M Series A financing round, marking a significant milestone in its history. The round was led by Redmile Group, LLC, with new institutional investors Nexus Management, LP, Emerald Development Managers, LP, and Baltimore’s Abell Foundation joining the investment group.

You can read more about LifeSprout’s story and plans in our recent featured story, “Baltimore, Maryland’s LifeSprout Closes $28.5M Series-A, Looks Toward the Future.”

The funding will be used to advance its “…advance the development of the IBT-V02 vaccine for Staphylococcus aureus induced recurrent skin and skin structure infections (SSSI),” according to the company’s press release in early January 2020. At the time of the announcement, the vaccine was in the late clinical development stage and is potentially a first-to-market, multivalent vaccine for antibiotic resistant Staphylococcus aureus.

Vigene is a leading provider of viral vector products and services used in gene therapy. According to Washington Business Journal reporting, the round was close to $3M.

We wrote about Vigene’s new HQ grand opening and its remarkable relationships with the families it serves. You can read “Maryland Biotech Opens New Gene Therapy Contract Manufacturing Facility To Support Rapid Growth” to learn more.

College Park, Maryland’s Pathotrak announced it had closed a seed round of $1.2M in mid-May 2020. The company has developed a rapid food test for salmonella and E. coli in food. The company’s new test has the potential to cut down food safety test result turnaround times by nearly one full day, which could have a significant positive financial impact on the food industry while improving food safety for companies and consumers.

The Maryland Momentum Fund contributed $150K, the Dingman Angels, which is a program within the Robert H. Smith School of Business at the University of Maryland, invested $310K, and a global life sciences company with a food safety division also invested in pathOtrack.

You can read more here about Pathtrack’s novel test and the company in a story BioBuzz recently published.

The seed funding included a $350,000 joint investment from the University of Maryland, Baltimore, and the Maryland Momentum Fund and also included funding from the Tamiami Angel Fund.

There were several large HealthTech investments in this first half of the year that include:

Timonium, Maryland’s b.well Connected Health secured $16M in Series A financing to back its patient-facing health management tool. The round was led by UnityPoint Health Ventures, with participation from ThedaCare and Well Ventures.

B.well’s management tool integrates “data, insights, and partners into a single customized solution that helps people take control of their healthcare experience,” according to the company’s website. The company is located at The Grid, which is located at the Lion Brothers Building one block south of the University of Maryland Biopark. The company will use the Series A funding to scale as it enters a growth and hiring phase.

Bethesda, Maryland’s Aledade, a data analytics and healthcare practice workflow company, closed a $64M Series C round led by OMERS Growth Equity. California Medical Association, Echo Health Ventures, and Meritech Capital and GV also contributed to the round. Aledade has created a network of approximately 550 doctor-led Accountable Care Organizations (AOC) that utilize an outcome-based rather than a fee for service business model. The company plans to use the Series C funding to expand its U.S. footprint and AOC practice network.

In the first half of 2020, the resilient nature of the BioHealth Capital Region was on full display, yet a sobering reality exists: we still don’t have a COVID-19 vaccine. And while many companies around the world and region work day and night to create one, the region must remain diligent and smart in how it continues to weather this storm. The second half of 2020 has been interesting to watch, as the region slowly and carefully reopens to a new COVID-19 normal.

If the transition to the post-COVID-19 environment goes well, will VC firms come off the sidelines in droves, releasing a flood of new funding? Will companies move forward with M&A that’s been held close and delayed? Will a BioHealth Capital Region life science company be the first to get COVID-19 vaccine approved and manufactured? It’s difficult to answer any of these questions, but it is certain that Q3/Q4 of 2020 was fascinating to watch. 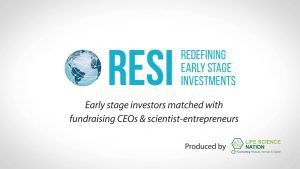 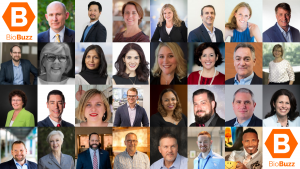