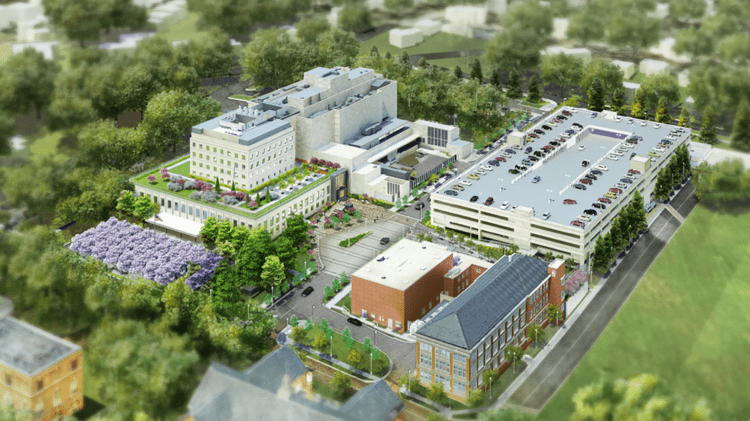 Nearly 400 biotech leaders from across the Biohealth Capital Region (BHCR) gathered recently in Bethesda, Maryland at the Bio Innovation Conference, hosted by Maryland Life Sciences (MDLS), a division of the Maryland Tech Council. The event focused on advancements and opportunities for Maryland cell and gene therapy companies and why Maryland is becoming the number one location of choice for growing biotech companies. However, it was the afternoon keynote featuring JLABS @Washintgon, DC’s Michelle McMurry-Heath, MD, PhD, that caused a buzz in the crowd.

It has been more than five years since AstraZeneca (formerly MedImmune) kicked off the regional initiative that became the BHCR. The regionally coordinated biotech economic development effort spans DC, Virginia and Maryland. Several notable biotech companies have since relocated to Maryland, such as Kite Pharma and Autolus Therapeutics, providing signs that the effort is working. Johnson & Johnson’s announcement this past Spring that it was opening JLABS @Washintgon, DC in partnership with Children’s National Health System has been one of the most validating recent developments for the BHCR and the most exciting for the region’s many entrepreneurs.

Johnson & Johnson named McMurry-Heath as the Executive Director for Scientific Partnerships for JLABS @Washintgon, DC earlier this year and her Keynote was the first large-scale introduction of JLABS to the local biotech community following the original announcement in April.

“JLABS and the work they are doing is the oxygen for innovation; the oxygen for innovators and entrepreneurs,” shared Nicole Palya Wood, Senior Regional Director, State Advocacy at PhRMA when introducing McMurry-Heath. The excitement within the regional biotech community around JLABS coming to DC can be summed up in that one statement.

JLABS is part of a suite of programs under the Johnson & Johnson Global External Innovation division that are designed to touch every part of the innovation pipeline up until a large blockbuster hits the market. It’s a ‘no strings attached’ accelerator program for early-stage biotech companies with an unquestionable track record that is now part of the BHCR ecosystem.

“At JLABS, our vision is to provide a capital-efficient, flexible platform for emerging companies. So that they can have the breakthroughs in healthcare for tomorrow and to accelerate their scientific discovery,” McMurry-Heath shared. “We form value-generating collaborations and help with facilities, expertise from throughout Johnson & Johnson’s unique abilities and funding that helps small companies get bigger.”

JLABS helps emerging companies grow by bringing the power of Johnson & Johson’s 250 operating companies and 130,000 employees from 175 countries around the world to the doorstep of the entrepreneur. JLABS is fueled by the Johnson & Johnson 75-year-old credo: To serve patients and the broader community. That broader community includes taking care of the innovators who spark new ideas.

Now In its 7th year, the JLABS program includes thirteen total JLABS and over 593 companies have been through the program, 30% of which are women-led. In the US, 29% are minority-led. A remarkable 88% of JLABS companies are still in business or have been acquired;these companies have secured collectively more than $20B through financing and strategic relationships.

“It’s now time to bring that to DC. Let the excitement begin!,” proclaimed McMurry-Heath to the crowd.

“Having lived in DC for 20 years I see how much it has changed… and a lot of that progress has been spearheaded by Maryland. Maryland has really driven the change in the region.”

“I love the BioHealth Capital of the World title and think it’s completely accurate.  Having Johnson & Johnson, with its ability to publicize and call attention to important matters, shine the spotlight on Washington, DC and the greater metropolitan region is a wonderful opportunity.”

The opportunity isn’t just for the regional industry. JLABS and Children’s National are also having a monumental impact on the revitalization of one of the DC Metro’s most anticipated neighborhood redevelopment projects, Upper George Avenue.

JLABS will be situated within a redevelopment of the Walter Reed Medical Center, which sits off of 16th street in NW DC. What is taking place here in the Upper Georgia Avenue neighborhood is similar to what has been done at the Navy Yard around the Washington Capitals’ baseball stadium and The Wharf on the DC waterfront.

“Imagine that same type of attention given to this area around the Walter Reed campus. This is the new frontier of that redevelopment effort that is sweeping all of DC,” proclaimed McMurry-Heath.

The redevelopment is intended to have residential and retail space, charter schools, gardens and grounds, all built around a Children’s National Innovation Campus that will focus on the newest ways to improve health going forward. JLABS @Washintgon, DC will be a major part of this effort.

JLABS @Washintgon, DC will open in late 2020 and hold about 50 companies within its 32,000 sq/ft facility. The space will employ a modular design so that it can be flexible and grow with the entrepreneur as their ideas advance and their footprint expands. It will also include convening and meeting space.

McMurry-Heath shared the vision for JLABS @Washintgon, DC, stating, “We want this to become a center of the conversation, a hub, a gathering place for innovators, for funders to really come together and enhance the community, much like we are doing today.”

With the redevelopment project and JLABS @Washintgon, DC, “Johnson & Johnson is really trying to say that innovation is such a lifeblood of what we do; it’s the oxygen for what we do. We want to create a welcoming safe space for small innovators, and sometimes not-so small innovators, so that we can help you fulfill your potential and have the biggest impact on the world.”

Though they have an emphasis on pediatrics, they also have a partnership with BARDA to look at building healthcare infrastructure to protect against emerging pathogens and health security threats. JLABS @ Washington, DC is also open to any great idea that has the potential to impact healthcare and encourages everyone to reach out to have a conversation with them. 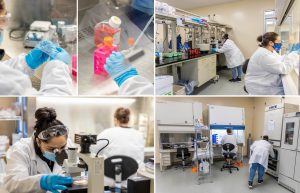