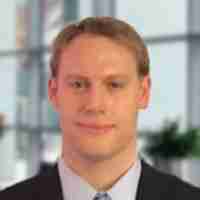 Since the days of working on his Ph.D. in protein science, David Vanik has had an interest in intellectual property and patent law. As Vanik closed in on completing his doctoral research, he began to look at IP within the area of biotechnology.

That interest as a student has led to a thriving career as a partner in the Frederick, Maryland-based law firm of McBee Moore & Vanik IP, LLC, a firm specializing in patent law and intellectual property for the life sciences community. Before becoming an attorney, Vanik began his career as a patent examiner at the U.S. Patent and Trademark Office. But, Vanik didn’t want his career to end there. He said the commercial aspects of science were appealing and he wanted to understand a way to marry the two. The way he saw that best fit his plans was law school. While working at the USPTO during the day, he attended law school at night.

“Being able to work during the day helped buffer the blow of being a full-time student,” Vanik said.

As an attorney and a Ph.D., Vanik said he is able to not only have his finger on the pulse of the science that comes before him, he is also able to understand how it fits into the business world from an IP perspective. When you can see the commercial significance of the science, Vanik said your mind opens to a number of possibilities. And those possibilities need to be protected.

“The science that is going on now is a window into the future,” he said, referring to cell and gene therapy research taking place in the Maryland life sciences ecosystem, as well as around the globe.

With this rapidly changing landscape in patient care, Vanik said he and his colleagues strive to develop both offensive and defensive strategies that will allow them to protect their intellectual property in order to ultimately bring products to market. By securing intellectual property and protecting it with multiple patents, Vanik said companies are able to secure investments to support development, which ultimately serves patients.

“You have to make sure your house is in order,” he said of protecting IP. “If something is of commercial interest, there are always going to be parties that test your IP.”

Vanik described the development of an IP protection strategy to the building of a fortress. Not only do you need to build a castle with stout walls, Vanik said it’s important to have other rings of protections before the walls could potentially be breached.

“You need the castle, the moat, the walls, and a drawbridge. You want to have a multi-tiered approach. You need multiple things to fall back on in order to mitigate the risk,” he explained.

Vanik added that as commercialization plans progress, companies must have a multi-tiered strategy to provide those protections to potential challenges.

It’s that level of dedication that Vanik and the other attorneys of MMVIP provide to their clients, such as Veralox Therapeutics, which has relied on MMVIP to address specific patent issues related to the company’s pipeline, as well as the licensing of some assets.

MMVIP launched six years ago after Vanik, who had been working with partners Susan McBee and C.G. Moore at another company, made the decision to launch a new legal firm that they believed would allow them to meet the needs of clients they represent in the patent landscape. Speaking of his colleagues at the firm, Vanik said they work well together, with their skills complementing each other to the benefit of their clients.

Having a firm as well-versed in IP and other regulatory matters is essential in order to provide the best service to clients such as Veralox. Having the necessary intellectual tools on hand allows MMVIP to forge a relationship with its clients that is based on trust, Vanik said.

“Trust is key. It’s an unpredictable field. You never know when you’ll be involved in a contested proceeding and you never know when a third party will come to you,” he said. “Given the complexity of the field, it’s important to understand what the client is trying to achieve.”

With the rapidly changing treatment landscape driven by advances in cell and gene therapies and other personalized medicine approaches, Vanik said IP is becoming more essential to researchers from all walks of the industry.

“IP is becoming more and more important, especially in areas where it wasn’t traditionally as important, such as academia. The level of emphasis on having a solid IP portfolio has increased,” he said. “Large- and mid-sized companies have placed more emphasis traditionally but now that’s expanded to include small companies and universities. It’s increasing and it’s global.”

If you enjoyed learning more about David and MMVIP, be sure to also give Susan McBee’s “In Conversation” article a read!